I came across another set of spaghetti westerns that was released this year by Echo Bridge Home Entertainment. The set was only $5.00 so I couldn't pass it up. This time around we get eight movies on two discs and all of them are spaghetti westerns. 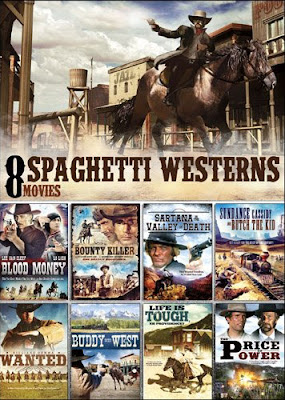 The Cover Art
The 8 Spaghetti Westerns Movies set comes in a double disc case and features a Photoshopped movie poster for each title in the collection. It's nothing too fancy, and aside from the awkwardness of Spaghetti "Westerns Movies," it's not terrible; but it does look like a budget title.

The Menus
The menu is very basic featuring a selection of the movies only. There are no sub-menus or chapter indexes. 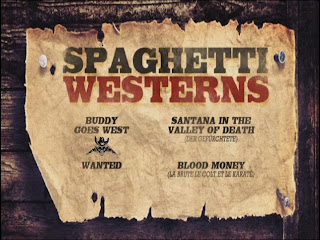 The Movies
All plot summaries have been taken from the back cover of the set and all reviews came from Spaghetti Westerns: The Good, the Bad and the Violent by Thomas Weisser.  As mentioned above, this collection includes only spaghetti westerns this time around. 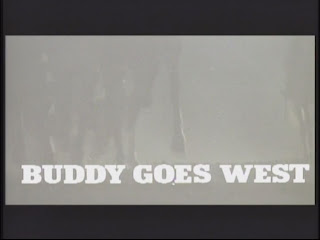 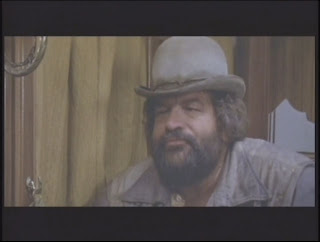 Synopsis:  A drifter, mistaken for a doctor, takes on his new role while also trying to protect the town of Yucca from a band of outlaws.

Review:  A lightweight, but entertaining western comedy from director Michele Lupo aided by a melodic Ennio Morricone score. The meandering, episodic adventures of the "big" man and his dim-lit Indian sidekick do nothing for Bud Spencer's desire to escape the stereotypical image of the likable brute.

Notes:  This appears to be longest version available, at least in the United States.
----- 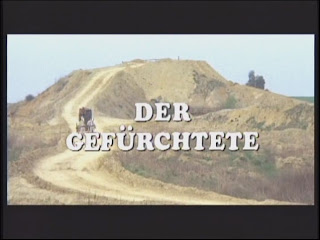 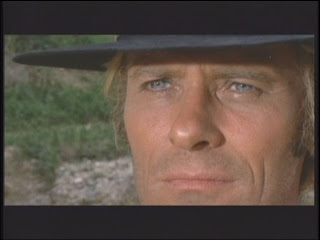 Synopsis:  Outlaw Lee Calloway breaks three bandit brothers out of jail in exchange for part of their stolen gold.. but is forced to fight back when they don't hold up their end of the deal.

Review:  This one is written and directed by Roberto Mauri with stately camera work from underrated Sandro Mancori (generally associated with the better productions of Frank Kramer and Sergio Garrone).
Notes:  Again, this looks like the longest version available. The movie title is misspelled on the DVD menu as pictured in the menu image above.
----- 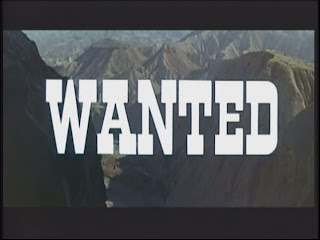 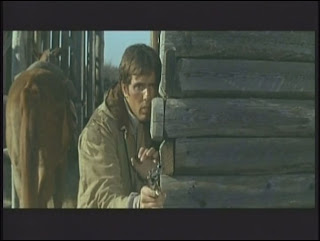 Synopsis:  A newly-appointed sheriff is framed for murder, forcing him to prove his innocence and fight for his freedom.

Review:  In a loose remake of Gemma's Adios Gringo, once again he has to clear his name by bringing in the real horse rustler.  Except for the director's affinity for violence, there's not much separating this entry from similar Hollywood efforts.

Notes:  Sinister Cinema lists a widescreen version for sale with a runtime of 107 minutes.
----- 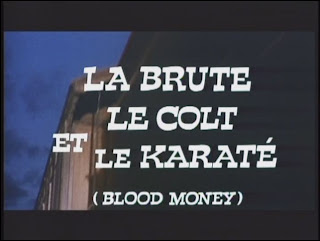 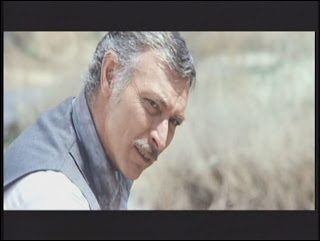 Synopsis:  When a scheming thief gets mixed up with a Chinese man's hidden treasure, he is recruited by a young Kung-Fu student to help hunt down the missing inheritance.

Review:  The "man with gunsight eyes" teams up with the star of Five Fingers of Death in an action packed, yet unconventional genre production. There's loads of fun with some beautiful stars including Erika Blanc. It's a joint Hong Kong/Italian production directed in Europe by genre favorite Antonio Margheriti.

Notes: This title has been released internationally with the correct aspect ratio, but I can find no information on runtimes.  This is probably the same version used in the VideoAsia release, but I haven't checked for certain.
----- 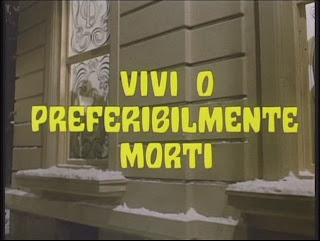 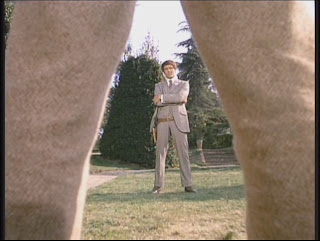 Synopsis:  Estranged brothers Monty and Ted Mulligan must live together for six months in order to cash in on their inheritance.

Review:  This film is, perhaps, the best of directors Duccio Tessari's western comedies, but not as impressive as his serious films. 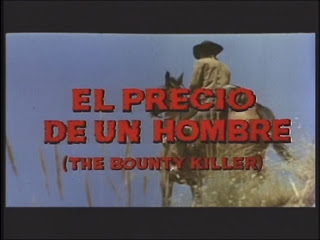 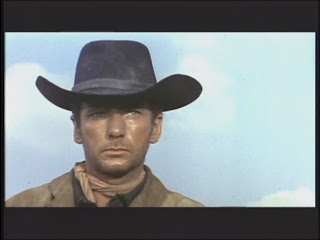 Synopsis:  An escaped convict and a ruthless bounty hunter face off in a dangerous and violent showdown where the fastest gun will win.

Review:  An interesting love triangle is the central focus of this top-notch spaghetti western, by far the best of the Eugenio Martín genre efforts (unfortunately, he is best known in the US for his stinker Bad Man's River).  For this film, he is aided by the keen eye of chief cameraman Enzo Barboni. And, it's all based on the book Bounty Killer by Marvin H. Albert. There's also an excellent musical score from one of Italy's most sought-after composers, Stelvio Cipriani.

Notes: This appears to be longest version available to date.
----- 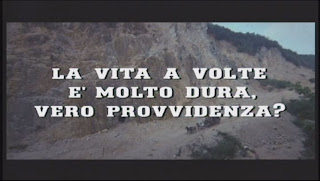 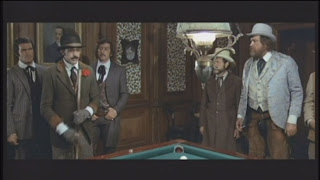 Synopsis:  In this western comedy classic, an eccentric bounty hunter uses the same crook to collect rewards in each state.

Review:  Competent filmmaker Giulio Petroni, best known for the genre revenge pic Death Rides A Horse, has directed a comedy western that works, a rarity in the spaghetti world. But much of the credit also goes to chameleon actor Tomas Milian.
Notes:  I believe this is the first DVD release of this title in the US and it's anamorphic too.----- 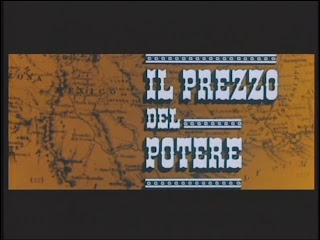 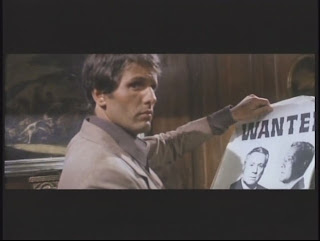 Synopsis:  Bill Willer, a former soldier and skilled gunman, discovers an assassination plot and must expose the truth to save the life of an innocent man.

Review:  Unconcerned with historical facts, director Tonino Valerii retells the assassination of Kennedy story with a western motif. Just to set the record straight: the Civil War ended in 1865 and there was a President Garfield, but he wasn't assassinated in Dallas. He was shot in Washington D.C. in 1881.
Notes:  This also appears to be the longest version available.-----


The Bottom Line
For five dollars, this is a pretty good addition to the collection; especially if you enjoy those comedy westerns. Most of the films are almost in the correct aspect ratio, we get one that's anamorphic and only one that's pan & scan. There are no special features included, but at least we don't get yet another copy of White Commanche.