A Fistful of Spaghetti

For those in the Chicago area, the Music Box Theatre has been showing a different spaghetti western movie every weekend as part of their matinee series. Each film will be shown at 11:30am on Saturday and Sunday only. The Music Box is located at 3733 North Southport Avenue.  Here's the upcoming schedule for those who may be interested...


After their powerful father is brutally murdered, the Saxon Brothers hire a group of bounty hunters to bring suspected killer Philipp Wermeer to justice. But when grizzled Sheriff Clayton saves the fugitive Philipp’s life, the two team up and set out to confront the Saxons and reveal the shocking truth about who really killed The Patriarch. Newly transferred from the original Italian negative and fully restored!


A group of Mexican revolutionaries hire a Polish gun-for-hire to assist their cause, but they meet stiff resistance by a well-dressed and brutal government agent (Jack Palance).  Features a fantastic score by Ennio Morricone and Bruno Nicolai.  One of the seminal spaghetti westerns. Brand new 35mm print!


Clint Eastwood, Lee Van Cleef and Eli Wallach are the title triumvirate - double crossing rivals in a Civil War-era odyssey for a treasure in hidden gold. Encountering a group of dying soldiers, each of the desperadoes learns but one facet of the secret bounty, each man focusing his squinty eyes on the $200,000 bounty. Leone’s final chapter in his “Dollars” trilogy has been magnificently restored to its original Italian running time.


After an acrobatic bank robbery leaves a town without a safe, the mysterious Sabata lends his services in recovery of the vault.  Things quickly escalate into blackmail and gunplay, involving politically powerful criminal boss Stengel.  Aided by sting-playing Banjo, mute acrobat Alleycat, and alcoholic Civil War vet Carrincha, Sabata sets out with his comic book posse to extort Stengel for everything he's worth. Filled with wild stunts, quick zooms and whip pans, Sabata is one of the most energetic and entertaining spaghetti westerns around.

Duck You Sucker (Giu La Testa)
Starring: Rod Steiger & James Coburn
Directed by: Sergio Leone
Music by: Ennio Morricone
August 24 & 25
138 min - 35mm
The results are explosive when self-exiled IRA explosives specialist John Mallory teams up with a Mexican peasant-turned-revolutionary to knock over the Mesa Verde bank... with dynamite. What started out as a nice joint venture to get rich, quickly turns into an operation for the revolutionary cause, and the two are drawn into a fight against the Mexican army, bearing painful similarities to Mallory’s IRA past.
Posted by Cinema Raiders at 7/22/2013 No comments: 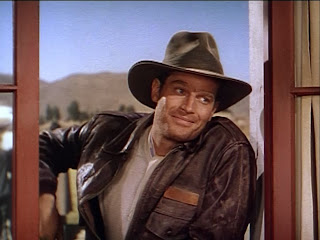 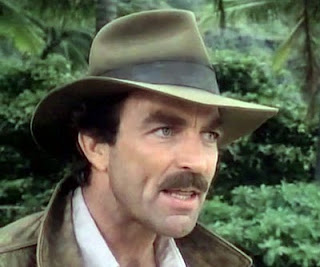 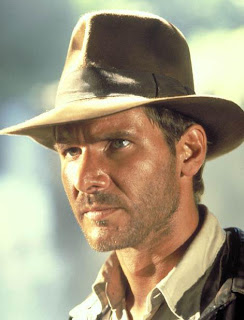 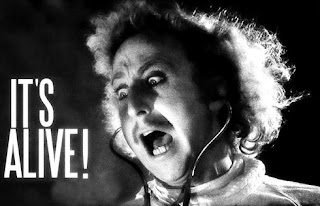 Hello there,
I just wanted to drop a line to let you all know that Cinema Raiders is alive once again... and we have some very exciting things in the works. So stay tuned fellow nostalgia fans...
Posted by Cinema Raiders at 7/16/2013 2 comments: