You Know His Name 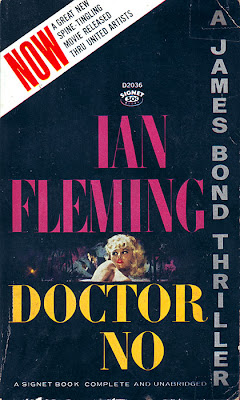 Dr. No by Ian Fleming
Published by Signet in April 1963 (8th Printing) 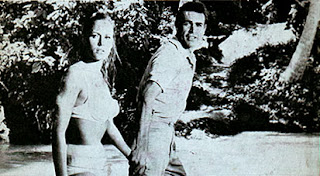 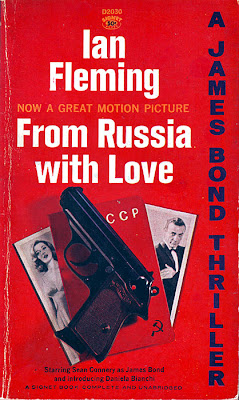 From Russia With Love by Ian Fleming
Published by Signet (23rd Printing)
James Bond becomes the target of the Russian murder organization, SMERSH...  The deadly and sinister SMERSH sets a trap to catch and kill James Bond, ace British spy with a weakness for women and wine, and they bait it with a beautiful brunette. But they don't count on her falling in love with her victim... after she has seduced him! 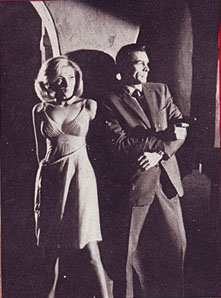 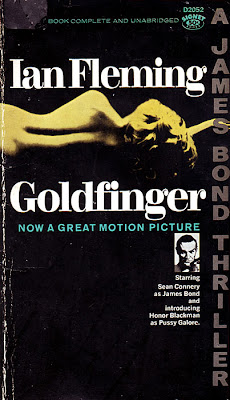 In this suspense-charged Ian Fleming thriller, James Bond challenges Goldfinger, the most evil genius he has ever faced.
Goldfinger is a phenomenal criminal who likes his women dressed only in gold paint. He's a magnificent fiend who carries his cash in gold bars. He's a powerful villain and he's planned the biggest and the boldest crime in history - the robbery of all the gold in Fort Knox!
Now the Albert R. Broccoli and Harry Saltzman motion picture presentation, starring Sean Connery as James Bond, Honor Blackman as Pussy Galore, Gert Frobe in the title role and Shirley Eaton. Directed by Guy Hamilton. Screenplay by Richard Maibaum and Paul Dehn. Released thru United Artists. 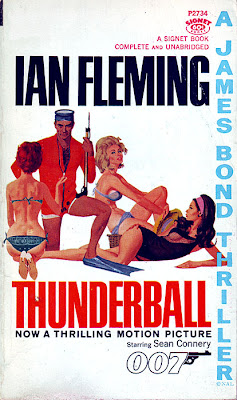 Thunderball by Ian Fleming
Published by Signet (25th printing)
James Bond takes on the most outrageously daring adversary he's ever encountered: SPECTRE. This gang of super-criminals has gotten hold of two atomic weapons and plans to use them for blackmail on a world scale. If the Prime Minister of England and the President of the United States do not meet its terms, SPECTRE will drop the bombs, one by one. 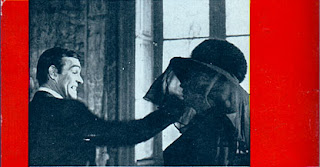 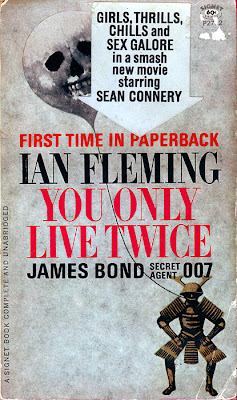 You Only Live Twice by Ian Fleming
Published by Signet
Now in paperback Ian Fleming's You Only Live Twice. The high-voltage thriller that topped the New York Times bestseller list for over five months.
The James Bond adventure novel that takes 007 to the exotic Orient... to the suicide gardens of the maniacal Dr. Shatterhand... and the arms of the most enticing heroine Fleming ever created, the delightful Kissy Suzuki. 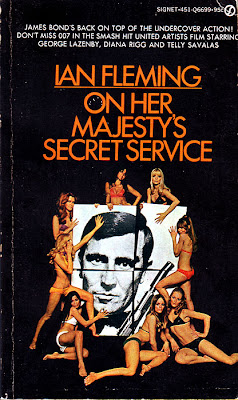 On Her Majesty's Secret Service by Ian Fleming
Published by Signet
In a closely-guarded bastion of evil high in the Swiss Alps, Ernest Stavro Blofeld, master artists of cruelty, puts the finishing touches on the most fiendish plot of his horror-strained career. Only one man can stop him, and that man Blofeld has sworn to destroy - Agent 007 of Her Majesty's Secret Service - James Bond! 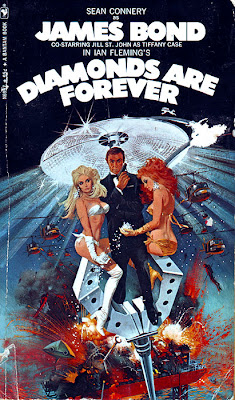 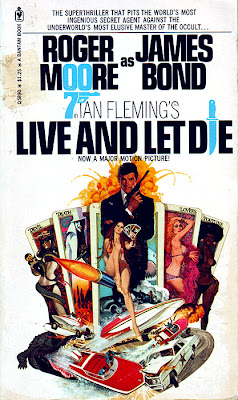 Spine-Tingling Suspense
When James Bond sets out to "liquidate" one Mr. Big, whose bizarre assets have been financing Soviet espionage in America...

Supernatural Suspense
When Bond's manhunt takes him into the heart of Harlem to face a death-dedicated voodoo cult known as the Black Widow...

Suspense All The Way
From New York's plush St. Regis Hotel to the urban ghetto where Mr. Big reigns like a king, to bloody Morgan's Cave in Jamaica and a scene of utter horror in which not all the villains are human... 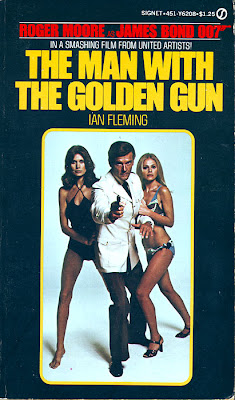 The James Bond novel that topped the bestseller list for four months... a sensational film from United Artists!

The Man With The Golden Gun blasts into action with a shocker of a story that explodes into high-voltage adventure. This treacherous exploit pits Bond against a deadly archfiend - the golden-pistoled Scaramanga. Aided by sex-galore confederate Mary Goodnight, 007 battles Scaramanga in the most bloodcurdling death duel ever!