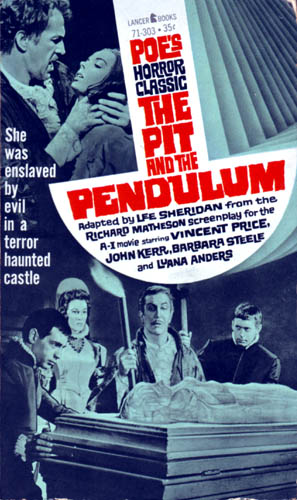 A castle that torture built, whose dungeon walls still sweated blood... A family terrorized by the awful secret they shared - and the thing that shrieked in the night... A beautiful, young girl enslaved by unholy passions, snared in a net of evil... And the man who challenged a nightmare - and dared to face its horror, alone.

Here is the gripping film story of American-International's The Pit and the Pendulum, adapted from the bone-chilling tale written by America's master of shock literature, Edgar Allen Poe. Don't miss this thrilling movie, showing soon at your neighborhood theater! Trapped in catacombs that smelled of ancient death, five forsaken men and women poured out the foul secrets of their fetid souls to a strange, sinister, black-robed monk.

Maitland... forever doomed to a living, walking nightmare. Joanne... who wanted one thing from Santa Claus - murder. Elliot... this heartless young man received visitors from beyond the grave. Rogers... he treated the blind and helpless like dogs; they turned the tables with razor-sharp vengeance. Jason... returned and returned and returned - from the dead. 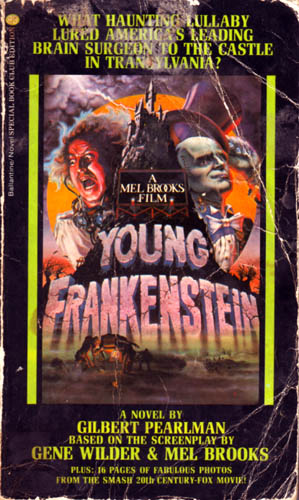 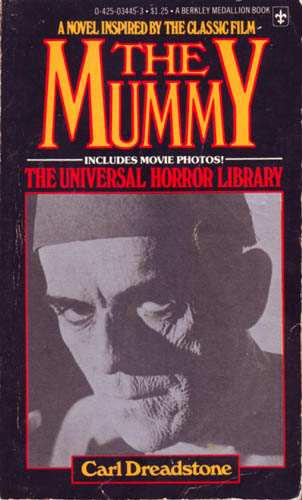 What hideous crime had caused the Grand Priest, Imhotep, to be buried alive? Thirty centuries later, the answer remained a mystery. Yet somehow his deadly Scroll of Thoth retained its power, fatal to those who came in contact with it. There was beautiful Helen Grosvenor queen-like but somehow vulnerable. Muller, a man who understood the secrets of the ages and battled against them. Frank Whemple, the young archaeologist who loved Helen, and struggled with the fate that threatened to overwhelm them. And finally, the mysterious Ardeth Bey, forbidding, courtly and tinged with an ancient guilt.