Horror on the Big Screen

For those in the Chicago area, the Music Box Theatre will be showing twenty six horror flicks for the Halloween season. First off is the Music Box Massacre 7, a 24 hour film festival of horror movie madness with special guest Herschell Gordon Lewis and dealer tables in the lobby! 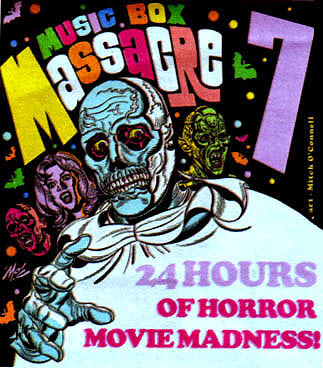 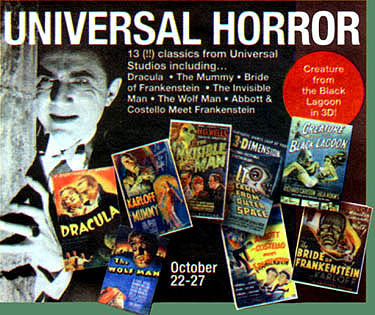 Next up we have Universal Horror, thirteen classics from Universal Studios running from October 22nd through the 27th. Although the showtimes have not been published yet, the films and dates will be:

All films in the Universal Horror and Music Box Massacre will be actual film prints, not DVD projections like the Monster Fests at the Portage Theater. Admission is $9.25 per showing, but you can save a little cash by purchasing the Music Box Discount Card of five admissions for $35.00. 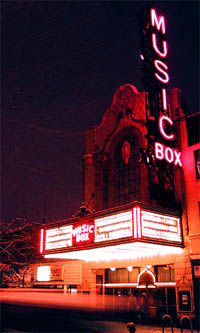 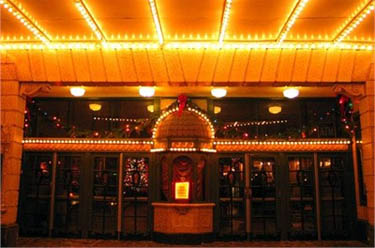 The Music Box Theatre is located at 3733 North Southport Avenue in Chicago, Illinois. For those who are interested, the theatre was opened in 1929 as a counterpart to the movie palaces downtown. The main auditorium seats 800 and is the only one you want to watch movies in. The second screen was built in 1991 which converted a vacant storefront that was adjacent to the lobby. Some television sets aren't much smaller than the screen in there. The Music Box may also be haunted...

From the Music Box Theatre Website
Old theaters have ghosts and The Music Box is no exception. “Whitey”, as was his neighborhood nick-name, was the manager of The Music Box from opening night 1929 to November 24, 1977. His wife was the cashier and they raised their family two blocks away from the theater. According to one of Whitey’s daughters and his daughter-in-law, he spent most of his time at the theater. Young people who grew up in the neighborhood tell tales of working for Whitey, being tossed out by Whitey and accidentally-on-purpose skinning their knee to get a free piece of candy from Whitey. Parents speak of the embarrassment of having their child’s instamatic photo in the cashier’s station “rogues gallery” of children not allowed back in the theater for any of a myriad of offenses. On Thanksgiving eve, 1977, Whitey returned to close the theater. He fell asleep on the couch in the lobby and never woke up.
Whitey is a tireless protector of The Music Box Theatre. He helps solve problems and has been known to express his opinion of a bad organist by causing the drapery to drop in both organ chambers simultaneously. He is a positive contributor to the audience’s comfort and enjoyment of his theater. He is sometimes felt to be pacing Aisle 4 (protecting the alley doors where kids used to sneak in). If you see him, be sure to say hello and thank him for his 48 years of care and operation of The Music Box and his continued service to the patrons. He is the Manager Emeritus.

The Portage is still a great place to go... an awesome vibe of cool people running the monster fests...
I do wish they had actual film prints instead of DVDs, but no biggie...