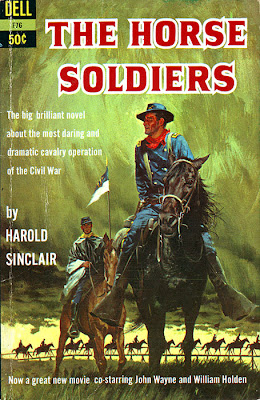 Acclaimed from coast to coast!

"A story that raises our hackles."  -Saturday Review

"A novel which can hold its head up high in company with the very best of American writing."  -Raleigh News & Observer

"The best Civil War novel of this season and many others. A bang-up good story, a bang-bang-bang-up good one." -Associated Press 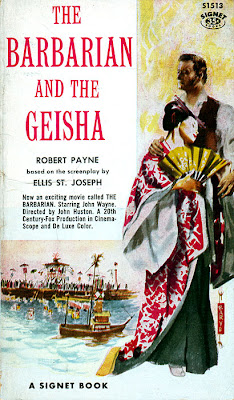 Townsend Harris was the American envoy - a foreigner, strong, outspoken and fearless.

Okichi was the number one Geisha - tiny and delicate, versed in the intricacies of oriental courtesy, trained to hate foreigners.

She agreed to become his mistress in order to destroy him. But she fell in love and stayed to help him...

And from this strange encounter, grew the bitter-sweet romance that changed the course of history. 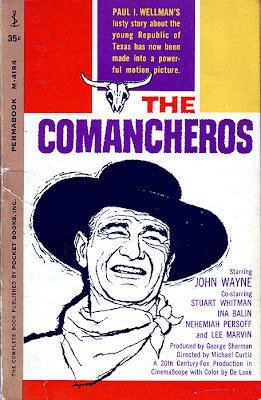 The Comancheros by Paul I. Wellman
Published by Pocket Books in October 1961 (second printing)

Paul Regret had his orders:

Find the nest of Comancheros - find the head of the snake. CUT IT OFF!

For former playboy-gambler Paul Regret this suicide mission was a far cry from the soft life of gay New Orleans.

But he had volunteered for it - demanded, in fact, as his right, that he be sent.

And now just the three of them - tough Texas Rangers but still only three - set off into the trackless, scorching wastes in search of a thousand fierce Comanches and their bloodthirsty brethren, the Comancheros. 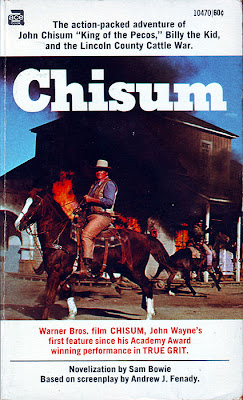 Chisum by Sam Bowie
Published by Ace Books in 1970

Chisum: The Legend
toughest of men, greatest of cattle drovers.

Chisum: The Man
who held the Pecos in his grip and carved an empire in New Mexico

Chisum: The Hero
at whose side rode Billy the Kid and Pat Garrett, who was to become Billy's nemesis.

Chisum: The Western
a Western novel to match the best. 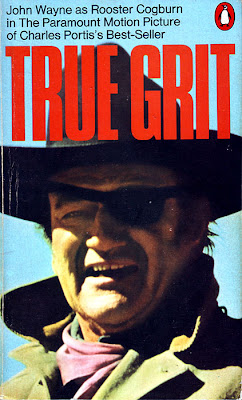 True Grit by Charles Portis
Published by Penguin Books in 1971

"True Grit is the best novel to come my way for a very long time... marvelous it is. He hasn't put a foot wrong anywhere. What a winner!"  -Roald Dahl

Mattie Ross was just fourteen years of age when a coward going by the name of Tom Chaney shot her Papa down in Fort Smith, Arkansas. Being the eldest of the family, and a girl of true grit, she sets off while snow is on the ground to avenge her father's blood. Mattie hears tell that Chaney has tied up with a robber called Lucky Ned Pepper and is on the scout over in Indian Territory. So, armed with her Pa's Colt pistol and mounted on faithful Little Blackie, she heads into Coctaw Nation in the company of two double-tough lawmen: one-eyed "Rooster" Cogburn, the meanest available U.S. deputy marshal, and a fancy Texas Ranger called LaBoeuf (say it LaBeef). Thrased, shot at, kidnapped by desperate outlaws, knocked cold, bitten by a rattlesnake, Mattie pulls through it all to win her spurs magnificently and bring her man to justice...

For copyright reasons this edition is not for sale in the U.S.A. or Canada. 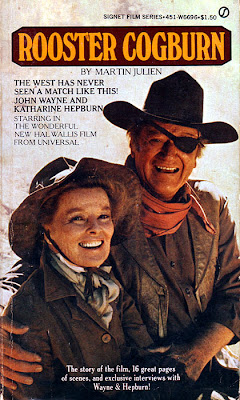 John Wayne
as Marshal Reuben "Rooster" Cogburn, the pig-headed, quick-shooting, whiskey-loving lawman with the True Grit to form a posse of one and track down a gang of murdering desperadoes hauling a wagon full of nitro that could blow the West apart.

Katharine Hepburn
as Eula Goodnight, a Bible-belting lady out to avenge the death of her father, but with enough energy left over to try and save Rooster's neck and reform him at the same time.

Rooster Cogburn,
by Martin Julien - the story of a man, a woman, and a glorious era of the American West! 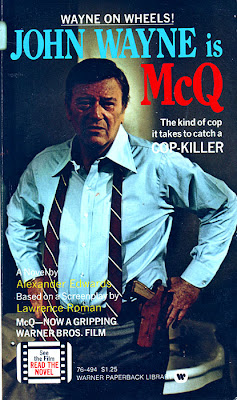 McQ by Alexander Edwards
Published by Warner Books in 1974

The killers have gunned down three police officers - and one of them was close friend of McQ's. The brass blames the radicals' nationwide campaign against cops. But McQ is certain the drug traffic is behind these killings.

He has contacts, the guts, and the gun to smash this case the way he's broken a hundred others... even if he has to quit the force to do it. 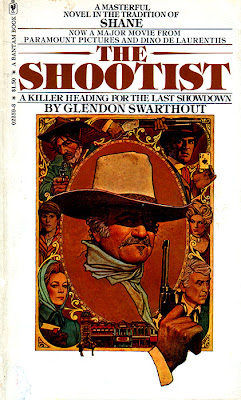 Here he is. The shootist. A man looking for his own killer. A killer himself. Yet a man of principle. The only surviving gunfighter in the American West. He's heading for the last showdown against the one antagonist he cannot beat. But before he vanishes like the sun sinking over the western rim, he wants to take three skunks with him, Cobb, Crosseye and Pulford.

Awesome. Wayne was a movie star from another time - a time that is sorely missed, and I didn't even get to live through it!