Here's another budget release from Mill Creek Entertainment, this time it's the Western 10 Movie Pack released back in 2005. This set features ten movies on three discs, six of them being spaghetti westerns. 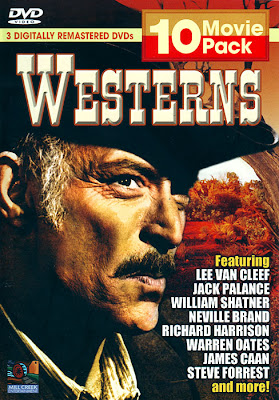 The Cover Art
This three disc set comes packaged in a one of those double wide keep cases which features a cover image of Lee Van Cleef looking mean. The reverse gives a synopsis for each film and the runtime (which is not always accurate). No indication is given if the movies are widescreen or not.

The Discs
The Westerns 10 Movie Pack includes three single sided dual layer discs. Discs 1 and 2 each feature three movies, with the third disc holds four titles. The same image of Lee Van Cleef appears on the disc art along with titles included on it.


The Menus
The menus are very basic, to say the least. There's not much to write about them, so I'll just let the screenshots speak for themselves. 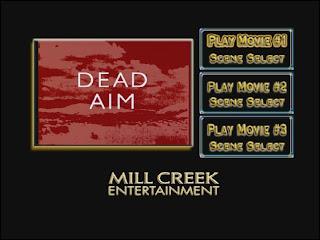 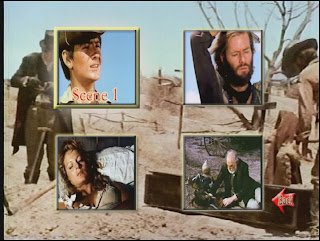 This set contains ten movies, three or four per disc. They are not all spaghetti westerns, but this time, at least, they aren't being advertised as such. Again, the plot summaries will be taken from the back cover while the reviews are from Spaghetti Westerns: The Good, the Bad and the Violent by Thomas Weisser.
Disc One
Dead Aim (1971)
Original Title:  Arde baby, arde
Starring:  Glen Lee
Directed by:  José Antonio Bolaños
Music by:  Luchi De Jesus
Original Aspect Ratio:  2.35:1
DVD Aspect Ratio:  1.33:1
Original Runtime:  98 minutes
DVD Runtime:  87 minutes 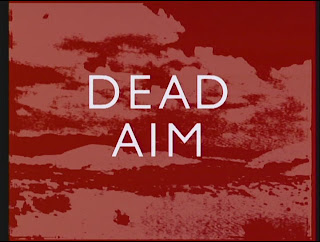 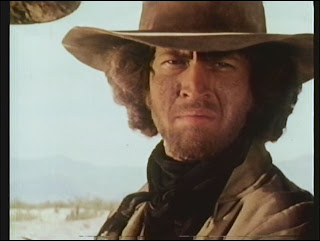 Synopsis: Raised in a quiet, yet grim lifestyle of his guardian, things get complicated for our hero when he starts to spend time with a married woman. Throw in a some stage robbers, bounty hunters and an African-American cavalryman into the mix and you have a western full of excitement and action.

Review: There's lots of "desert wilderness" stock footage crammed inside this witless (but bloody) Italian/Mexican production, shot in Mexico. Johnny is a notorious gunfighter, raised by an undertaker who falls in love with a beautiful woman who happens to have a very jealous outlaw husband. Obvious and predictable.

Notes:  There doesn't appear to be many releases of this film on DVD. The only others I was able to find also appear to be this same version. The one in this set is a VHS transfer.
-----
It Can Be Done... Amigo (1972)
Original Title: Si può fare... amigo
Starring: Jack Palance, Bud Spencer
Directed by: Maurizio Lucidi
Music by: Luis Bacalov
Original Aspect Ratio: 2.35:1
DVD Aspect Ratio: 1.33:1
Original Runtime: 109 minutes
DVD Runtime: 98 minutes 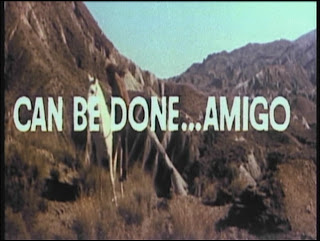 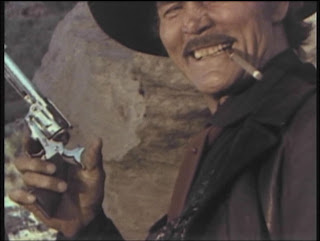 Synopsis: Sonny is one very unhappy gunslinger. Coburn has seduced the gunman's sister, and now Sonny is insistent that the young punk marry her to escape the shame and stigma of their behavior.

Notes: An anamorphic widescreen disc, which clocks in at 103 minutes, has been released by Wild East as Volume 33 of their Spaghetti Western Collection.
----- 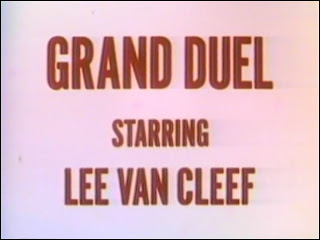 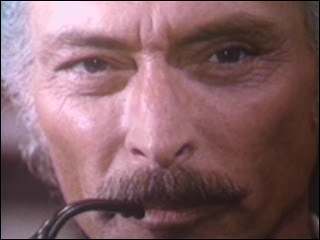 Synopsis: In one of a long series of spaghetti westerns, Lee Van Cleef stars as a hard-as-nails gunman who is pitted against an equally tough opponent.
Review: The story is an engaging whodunit. Good direction from Giancalo Santi, the initial director for Duck You Sucker before stars Rod Steiger and James Coburn demanded Sergio Leone's personal attention (is that really true?). This film features another stirring score from Django composer Luis Bacalov.
Notes: Wild East released an anamorphic widescreen version which runs 90 minutes as Volume 10 of their Spaghetti Western Collection, which is long out of print.  This was the best version available for the longest time until Mill Creek released a 94 minute version, which restores the original titles, on blu-ray as the second release in the Spaghetti Western Double Feature lineup.
-----
Disc Two
Gunfight At Red Sands (1963)
Original Title:  Duello nel Texas
Starring:  Richard Harrison
Directed by:  Ricardo Blasco
Music by:  Ennio Morricone
Original Aspect Ratio:  1.66:1
DVD Aspect Ratio:  1.33:1
Original Runtime:  94 minutes
DVD Runtime:  94 minutes 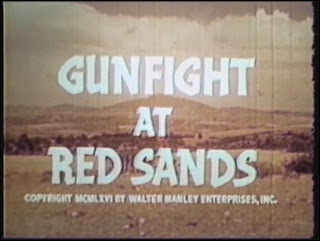 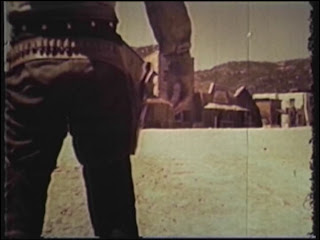 Synopsis:  A Civil War fighter engages in bloody combat with the enemy, and wages a personal vendetta against his despised foster father.

Review:  A pre-Leone spaghetti western starring Richard Harrison with music by Ennio Morricone and written by Albert Band (who co-directed his own western with Sergio Corbucci that same year, Massacre At Grand Canyon). The plot is simple, and in actuality, a predecessor of countless similar themes spanning the next ten years. 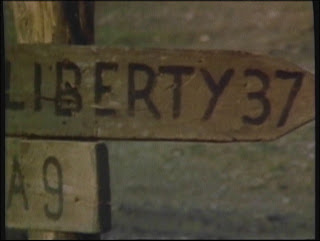 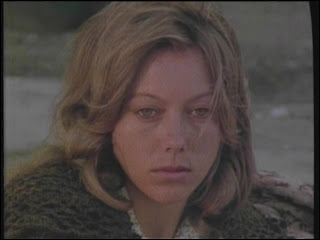 Synopsis:  When a condemned gunfighter is reprieved by an unscrupulous railroad company, the trade off is the assassination of an unsuspecting rancher.

Review:  This Italian-Spanish co-production is directed by US filmmaker Monte Hellman, who, after this film, didn't make another movie for ten years. Co-star Jenny Agutter is the beauty from Logan's Run (remember the nude scene in the lake?). 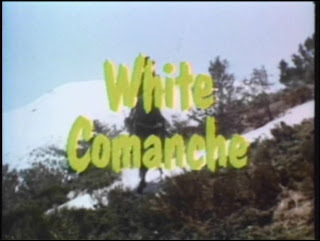 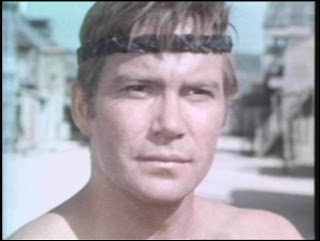 Synopsis: Twin brothers battle with each other and their identity crises as they come to grips with what it means to be the children of a white father and an Indian mother. This film is notable for the early co-star role of William Shatner.

Review: This film is William Shatner's only contribution to the spaghetti western genre.

Notes: Yet another budget collection that includes White Commanche.
-----


Disc Three includes the remaining four films of the collection. None of them are spaghetti westerns and are of little interest to me.  For those that are curious, they are Kentucky Rifle starring Chill Wills from 1956, Gone With The West starring James Caan and Sammy Davis Jr. from 1975, Mohawk starring Neville Brand from 1956 and The Hanged Man starring Steve Forest from 1974.

Special Features
Like most budget collections, there are no special features.

The Bottom Line
It's safe to pass on this collection, but you can pick up brand new copies from the Amazon Marketplace for $2 if you want to add this gem your collection.
Posted by Cinema Raiders at 7/20/2012