Six Shots or Only Five 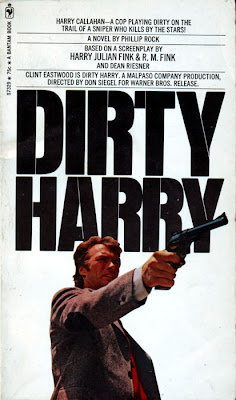 To the city of San Francisco:
I will enjoy killing one person every day until you pay me $100,000. If you agree say so within 48 hours in personal column San Francisco Chronicle and I will set up meeting. If I do not hear from you it will be my next pleasure to kill a Catholic priest or a nigger.
Scorpio 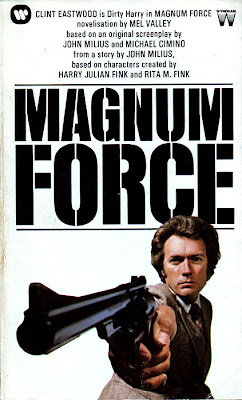 The Deserving Dead
Gangsters at their country estates. Pimps in their El Dorados. Drug czars ringed by bodyguards. A vigilante with a deadly aim is gunning them down. He's cleaning up San Francisco, and no one can say that his victims don't deserve to die...

But who is the executioner? Who will be his next target? When will he stop killing? Dirty Harry's itching to track him down, and if no one gives him the job - he'll take it! 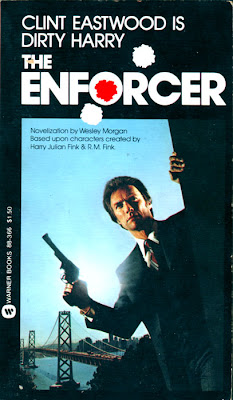 The Enforcer by Wesley Morgan
Published by Warner Books in 1976

San Francisco trembles when a group of terrorists lays siege to the city, planting bombs and demanding millions. Frightened officials start cracking down on suspected political militants - but Harry Callahan knows a heist when he sees it. These are hoods - and they only cause they're fighting for is the money. To end their power play, Harry will fight as dirty as they do and make sure the blood they shed will be their own. 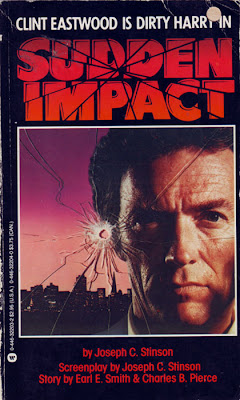 Rape and Revenge!
There he was! She had never been able to forget his face. His face - and the leering, jeering gang who had been with him enjoying her pain and humiliation as each one took his turn. Well, he wouldn't get away. He deserved to die...

This murder will be only the beginning. And Dirty Harry finds himself smack in the middle of revenge on a grand scale as he tracks the woman who is tracking the rape gang.