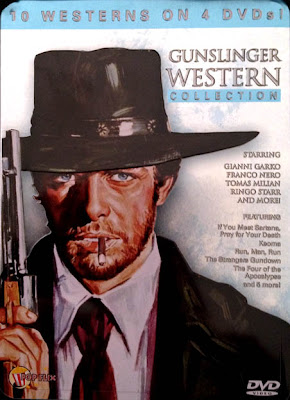 The Cover Art
This four disc set comes packaged in a nice tin with a raised image of Gianni Garko from the I Am Sartana Your Angel of Death poster. The reverse features a write up for each film in the set and another piece of poster artwork, this time of Franco Nero from Massacre Time.  Strangely enough, both of those films are not in this set.

The Discs
The Gunslinger Western Collection includes four single sided dual layer discs. With each disc holding two or three movies. The cover artwork is also reproduced on each disc along with a listing of which movies appear on it.

The Menus
The menu loads after the standard FBI warning and a thirty second Pop Flix advertisement. There is a Main Menu where you can select which film you'd like to watch which leads to the film's own menu which features a four chapter stops and the option to play. I like the inclusion of the film's poster as well. 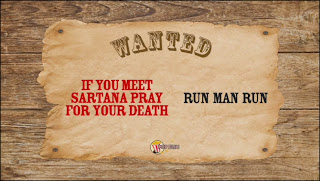 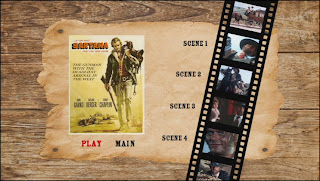 The Movies
The set contains ten movies, two or three per disc. Better yet, all of them are spaghetti westerns. Again, the plot summaries will be taken from the back cover while the reviews are from Spaghetti Westerns: The Good, the Bad and the Violent by Thomas Weisser. 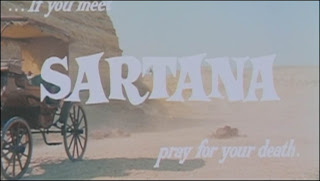 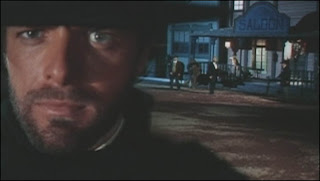 Synopsis:  It hails bullets and rains blood when a mysterious stranger (Garko) goes up against rival gangs, shady bankers and a gatling gun over a shipment of gold! This violent film launched a highly successful run of sequels based on the character of Sartana.

Review:  This film is proof positive that Frank Kramer (Gianfranco Parolini) can make a fine movie. 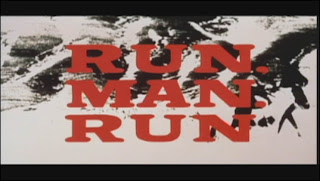 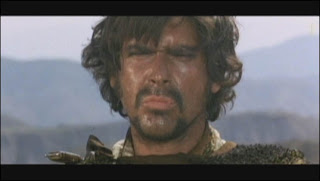 Synopsis:  A knife-throwing thief (Milian) must beat murderous bandits, federal agents, a bounty hunter and his own hot-blooded fiancee to a fortune in lost gold that could change the outcome of the Mexican revolution!

Review:  This is the continuing story of Cuchillo's misadventures, perhaps too episodic, against a Mexican revolution backdrop. It's another search for the lost gold film, as an uneasy alliance is eventually solidified between Cuchillo and an American opportunist named Cassidy... 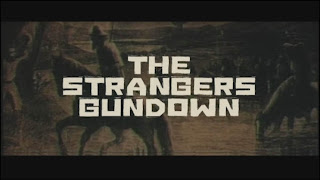 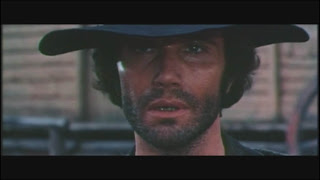 Synopsis: An avenging gunman (Steffen) returns from the grave to settle an old score with the traitorous Confederate officers who allowed his entire regiment to be slaughtered during a Civil War battle.

Notes: Squeezing three films on this disc has hurt the quality of The Strangers Gundown. VCI Entertainment released a stand alone DVD of the film with a runtime of 98 minutes, which has gone out of print. They recently put out a double feature of The Strangers Gundown & Today We Kill... Tomorrow We Die, but this version is in the incorrect aspect ratio of 1.85:1.
-----
I Am Sartana, Trade Your Guns For A Coffin (1970)
Original Title: C'è Sartana... vendi la pistola e comprati la bara
Starring: George Hilton, Erika Blanc, Piero Lulli
Directed by: Giuliano Carnimeo
Music by: Francesco de Mas
Original Aspect Ratio: 2.35:1
DVD Aspect Ratio: Pan & Scan
Original Runtime: 99 minutes
DVD Runtime: 92 minutes 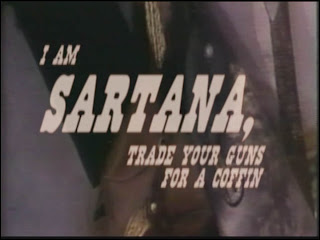 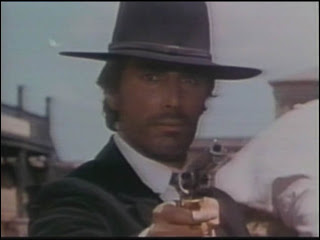 Synopsis:  On his endless quest for gold, a gunslinging bounty hunter (Hilton) tangles with Mexican bandits, a double-crossing mining boss and a parasol-carrying dandy!

Review:  Officially, it's the last film in the Sartana series, this time without popular Gianni Garko in the lead role. George Hilton takes his place and does an admirable job considering the odds, a new face in an established vehicle.

Notes:  Wild East has released a beautiful print of this film entitled Sartana's Here... Trade Your Pistol For A Coffin as Volume 38 of their Spaghetti Western series. The film is in the correct aspect ratio, is anamorphic, has a trailer and an interview with George Hilton, but it also only runs 92 minutes.
----- 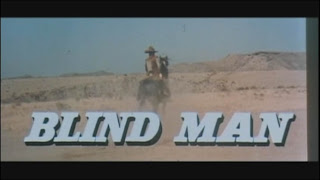 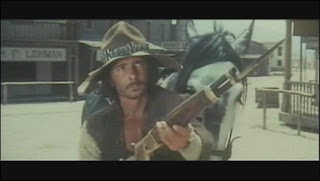 Synopsis:  A sightless gunslinger (Anthony) embarks on a bloody killing spree after Mexican banditos steal the precious cargo he was to deliver to Texas miners - 50 mail order brides! Ex-Beatle Ringo Starr is impressive as one of the malicious bandits.

Review:  Obviously inspired by the Japanese blind samurai films, this movie features Tony Anthony's best acting as the sightless gunfighter...  It is truly an enjoyable picture.

Notes: There has been no release of an uncut version of this film in the US. Germany and Japan both have English friendly versions from Koch Media, Xylopho, and SPO Entertainment.
----- 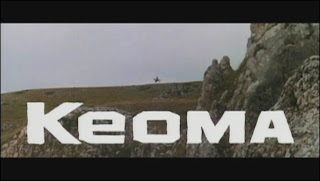 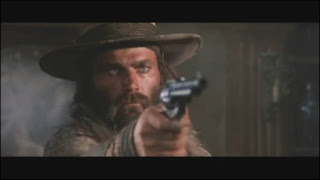 Synopsis: A half-breed Indian (Nero) returns home after the Civil War to discover his town overrun by sadistic bandits and a greedy landowner. Widely considered the last great spaghetti western.

Review:  The first half is great, cryptically mystical, but then it becomes a humdrum Cain and Abel story... Franco Nero's last western for 13 years, until Django Strikes Again. This film is regarded as the best entry from director Castellari.

Notes:  Again, the Blue Underground disc is the best around sporting some very nice special features, including an audio commentary with Franco Nero.
----- 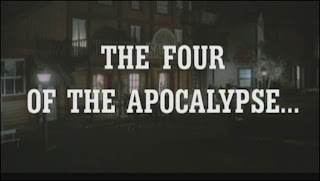 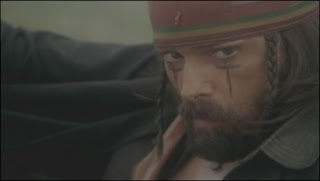 Synopsis:  The sole survivors of a frontier town massacre make a desperate bid to reach the next town. But when they meet a trigger happy bandit (Milian), all their lives are changed forever!

Review:  Besides looking absolutely stunning, this multivariate film is both heavily symbolic and immensely entertaining. It's a rarity among rarities, an intelligent revenge flick, complete with one of the most satisfying vengeance endings in the spaghetti western genre. It also offers one of the very best Fabio Testi performances, plus a remarkably good one from Tomas Milian.

Notes: The Blue Underground version is uncut and includes the trailer and an interview with Fabio Testi and Tomas Milian.
----- 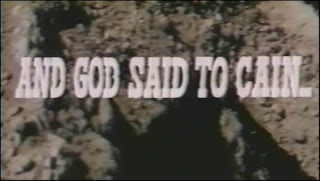 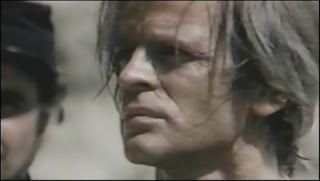 Synopsis:  After enduring ten brutal years of hard labor for a crime he did not commit, a former Union officer (Kinski) has one thing on his mind - revenge. But the man who framed him is now a wealthy land baron who guards himself with 30 hired guns!

Review:  A lesser Anthony Dawson (Margheriti) film.  Especially irksome because the final twenty minutes look as though they were filmed at the bottom of a coal mine - on a moonless night.  This is remarkably uncharacteristic of Margheriti's work... He made some good westerns; this isn't one of them.

Notes:  I have not been able to find any English friendly releases that are uncut and in the correct aspect ratio. Although not very pretty, this is the best we have so far...
----- 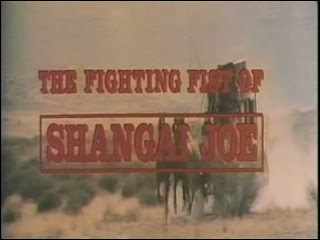 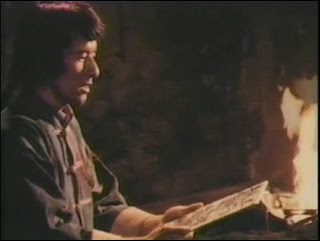 Synopsis:  A Chinese immigrant (Lee) seeks a new, peaceful like in America, but instead finds racists, perverts, slavers, greedy con men and mercenaries. When provoked, the gentle mystic becomes a deadly killing machine with fists of fury that can ram through his opponents' bodies!

Review: Inspired by the success of Terence Young's Red Sun and the popular American television series Kung Fu, this is another East-meets-West western. The graphic violence sets this one apart from the others.

Notes:  The version here is still Pan & Scan, but has a longer runtime than the one in The Best of Spaghetti Westerns: In the Tradition of The Good, The Bad, and The Ugly collection.
----- 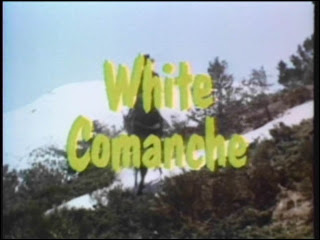 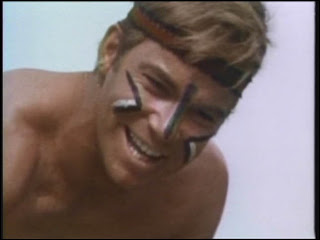 Synopsis: Half-breed twins (Shatner in a dual role) - one a leader of a band of Commanches, the other a member of the white man's world - face off in a bloody showdown when a violent range-war is declared!

Review: This film is William Shatner's only contribution to the spaghetti western genre.

Notes:  Any budget-priced spaghetti western collection is not complete without White Commanche. It has looked better in other collections.
----- 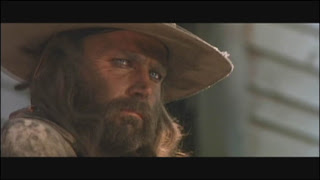 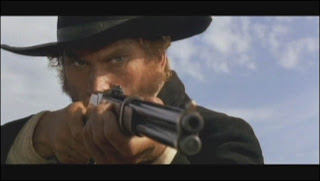 The Bottom Line
The selection of movies this time around is actually quite good (If You Meet Sartana, Pray For Your Death; Keoma; Run, Man, Run; The Strangers Gundown; The Four of the Apocalypse and Blindman being the best) - with many of them being in anamorphic widescreen. Better versions can be found, but if you're interested in spaghetti westerns, you might want to pick up this set and maybe upgrade later if you like theses films. This set is actually a combination of two of their two disc sets. One is the Vigilante Western Collection and the other is also called the Gunslinger Western Collection.