Spaghetti Western Bible Vol. 3:
The Fast, The Saved And The Damned 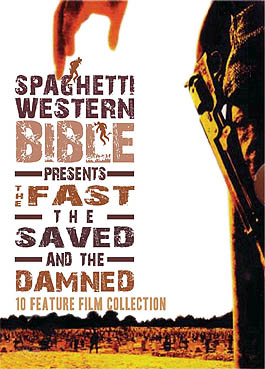 is another solid entry in the series presenting another ten spaghetti westerns.  Although the cover image is lifted from the finale of Sergio Leone's The Good, The Bad And The Ugly, don't expect to find it included within this set.  As of this writing, one more volume has been released entitled Spaghetti Western Bible Vol. 4: Trinity.  Volume 4 does not grace my collection nor is it worthy of a purchase.  It appears to be another one of those spaghetti western collections that is very light on spaghetti westerns.  Anyway, on to Volume 3... 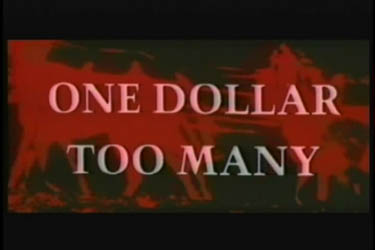 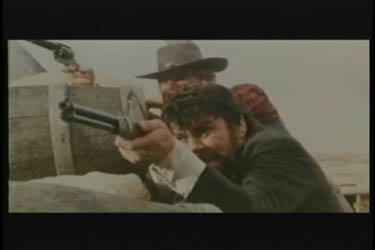 The set gets off to a rough start with an early comedy western. Antonio Sabato and Frank Wolff have stolen $300,000 from a bank while John Saxon tracks them down, claiming to the be rightful owner of the money.  The three double cross each other in attempts to get the money until they run into a band of Mexican outlaws. The three men then team up against the Mexicans. 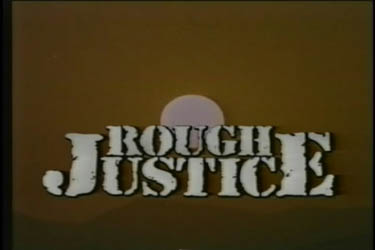 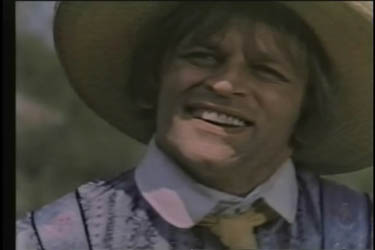 Although listed on the packaging as The Beast, the pan & scan print used goes by an alternate title of Rough Justice.  To quote the plot summary from Thomas Weisser's Spaghetti Westerns: the Good, the Bad and the Violent, "Klaus Kinski is a sex crazed outlaw who rapes and ravages his way across the west. And also wears one of the goofiest hats ever seen in a western." 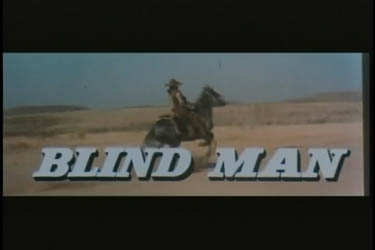 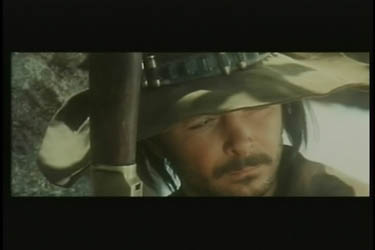 Tony Anthony plays the blindman as he tries to find fifty women who were kidnapped by a group of Mexican bandits lead by Ringo Starr.  As A Fistful of Dollars looked to Yojimbo for inspiration, so too does Blindman.  Unlike Leone finding inspiration in Kurosawa, Baldi finds it in the blind samurai films and delivers an entertaining experience. 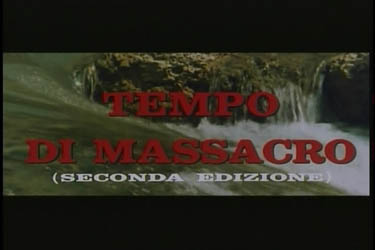 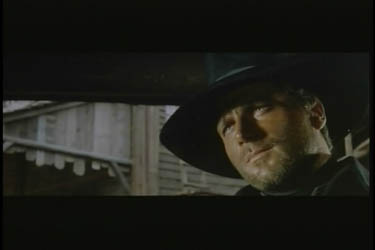 Here is the only movie (so far) in all four of the Spaghetti Western Bible Volumes to star the legendary Django himself, Franco Nero - and it's one of three spaghetti westerns directed by Lucio Fulci.  Franco Nero plays Tom who is out prospecting for gold when he gets a message to return home. Upon his arrival, he finds the town is run by the sadistic bullwhip-toting son of the local land baron and his brother, Jeff, has turned into a drunk.  Tom goes to see the land baron, but is whipped by the bullwhip-toting son and sent on his way. He later returns with a sober Jeff to unleash their brand of vengeance where he learns that he is the lost son of the land baron. 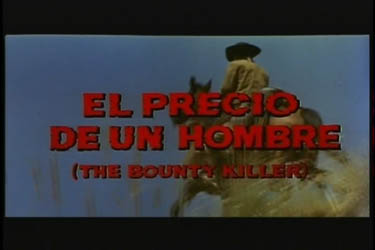 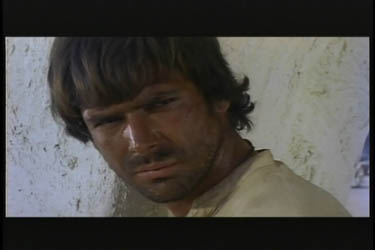 A woman must choose between two men. One is Richard Wyler, the bounty killer.  The other is Tomas Milian, the outlaw.  Of course, she chooses the outlaw believing that there must be some good in him, but soon learns that he is nothing more than a cold-blooded killer.  She then joins forces with the bounty killer against the outlaw. 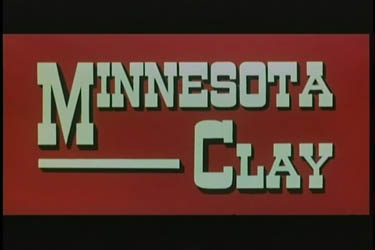 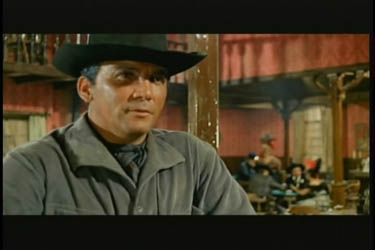 Minnesota Clay is director Sergio Corbucci's first solo spaghetti western.  Cameron Mitchell stars as Minnesota Clay, the local sheriff who is going blind.  His mission is to clean up the town. 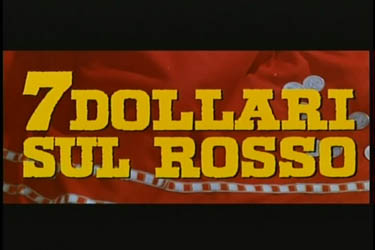 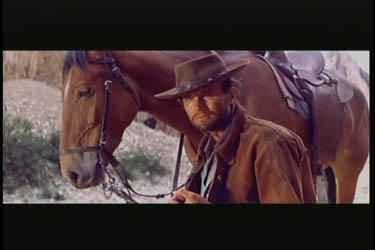 Ladies and Gentlemen, I think we have a first.  I believe that 7 Dollars on the Red is the first film an all three volumes that is presented complete and uncut.  It's even a very nice print in the original widescreen aspect ratio.  Anthony Steffen is out for revenge.  After 15 years, he catches up with Fernando Sancho, the man who killed his wife; vengeance shall be his. 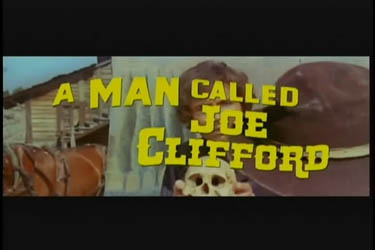 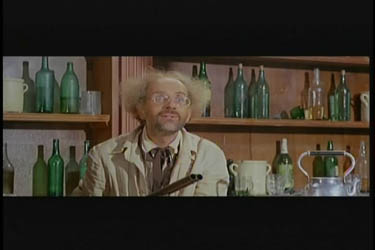 A Man Called Joe Clifford is listed by the alternate title of Apocalypse Joe on the packaging.  I have to admit, Apocalypse Joe does sound better than Joe Clifford.  Who can argue with that?  Anthony Steffen is back as a traveling Shakespearean actor who finds out that he has inherited a gold mine.  When he gets to town, he finds that another man who is posing as his uncle has taken over the mine and his gang is terrorizing the town.  That doesn't sit well with Anthony Steffen so he kicks ass as he does so very well. 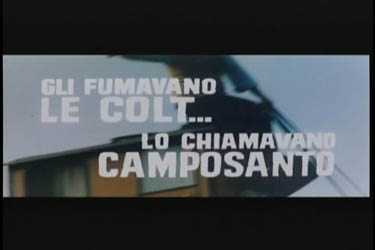 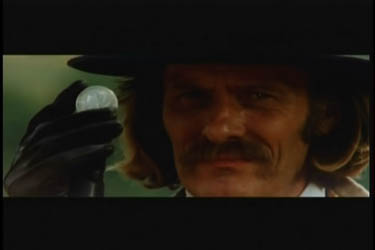 The good folks over at VideoAsia seem to have had a spot of trouble with the titles of the movies on disc three.  They Call Him Cemetery is listed as They Call Him Graveyard, a title that I cannot find associated with this movie.  The final film in the collection, The Price of Power, has been listed as The Price of Honor; again a title not associated with the film.  Anyway, Gianni Garko is a bounty killer who sure finds himself in a lot of trouble. He teams up with a pair of pacifist farmers against a gang of outlaws. 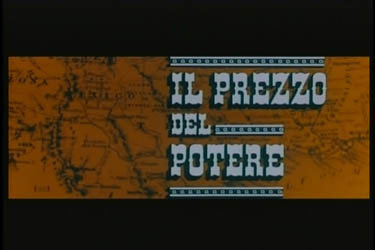 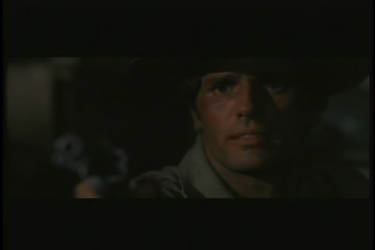 The Price of Power is basically a re-imagining of the Kennedy assassination.  It is 1890, the Civil War has just ended and President Garfield is assassinated while on his way to give a speech in Texas.  The local sheriff frames an innocent black man for the crime - he is shortly killed himself while being transported between prisons.  Giuliano Gemma uncovers the conspiracy plot and also gets revenge for his father's murder.

is well worth the purchase price.  Each successive release from VideoAsia just keeps getting better and better. It's such a shame that Volume four is such a disappointment.  Here's hoping that a fifth volume is released and sees a return of the good quality spaghetti westerns.

That wraps it up for the look at the Spaghetti Western Bible (until number five is released anyway or someone donates a copy of volume four).  What should we take a look at next time?  I have a number of their action films, both of the 20 film exploitation sets and the first volume of their poliziotteschi/eurocrime films.  Leave your choice in the comments area or I'll randomly pick something.