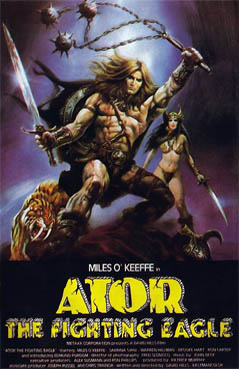 Starring Miles O'Keefe, Sabrina Siani, Dakkar,
Edward Purdom and Laura Gemser
Directed by Joe D'Amato
Music by Carlo Maria Cordio
The dictionary defines prologue as "1.  a preliminary discourse; a preface or introductory part of a discourse, poem, or novel.  2.  An introductory speech, often in verse, calling attention to the theme of a play."  Prologues have been used in many science fiction and fantasy films and tv series, including Conan the Barbarian.  Every good sword & sorcery picture should start with a prologue, and Ator does not disappoint.  Reproduced here, in its entirety, is the prologue from Ator the Fighting Eagle. 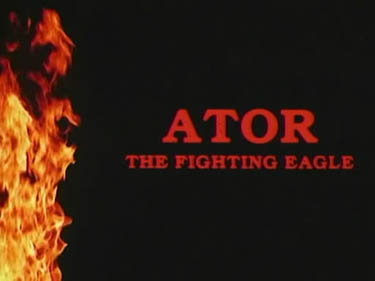 "And low the Kingdom of the Spider shall last 1,000 years.  And the people shall suffer 1,000 years, for it is written.  And this time shall be known as the Age of Darkness for the shadow of the spider shall be the law.  Indeed, the people shall pay tribute to the word of the master and live in bondage in the valley of the shadows; even to the very mists of the volcano that sleeps above.  Take heed, when the thousand years is done, a man will come to promise a different way and he shall me named Tauren.  Many will believe and many will be persecuted.  The sign of Tauren will bear witness to the legend, but Tauren will fail.  For the wrath of the Spider King is mighty indeed.  And the people of the valley shall weep, for there is no hope.  For it is also written that the Spider King will reign until the day the mountain speaks forth in anger.  Then out of the darkness, the prophecy re-lives for Tauren cast his seed upon the wind and even in death, to him is born a son." 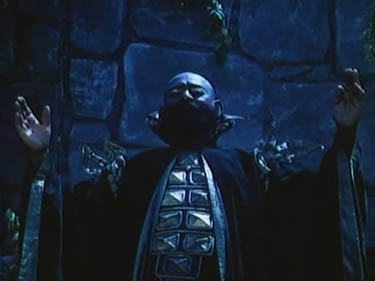 And that's how the movie begins, with the birth of Tauren's son - Ator!  Lightning flashes through the sky, elephants cry out and the Spider King's (Dakkar) eagle statue weeps blood.  Tauren's son has been born and the Spider King sends out his minions to kill baby Ator before the prophecy can come true. Luckily for us, a mysterious wizard, Griba (Purdom), takes baby Ator away just moments before the Spider King's henchmen arrive and start to slaughter everyone in sight. Griba takes baby Ator to another village where he finds a poor family to raise Ator as their own, in exchange they will want for nothing. 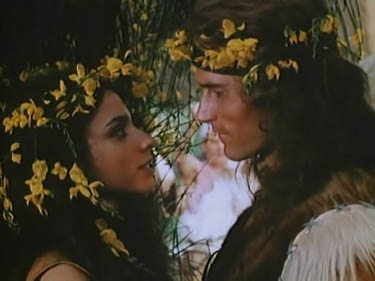 The years pass and Ator (O'Keefe) is now full grown and he wants to marry his sister.  Luckily for all involved, Ator and Sunya are not brother and sister and shall be married.  Unluckily, the Spider King's henchmen spotted Griba nearby and decide to wipe out the village.  Ator is able to kill two of the attackers before he is knocked out.  The Spider King takes a fancy towards Sunya and they take her with them as they can't find Griba anywhere.  When Ator regains consciousness, he finds his village in flames, his adopted parents killed and Sunya is nowhere to be found.
Ator comes across Griba and attacks him, thinking he is one of the marauders who attacked his village.  Griba takes Ator back to his cave and trains him in the ways of combat.  While training with staffs on a waterfall, a shapely blonde is attacked by three men.  Ator comes to the rescue as Griba watches on, nods and disappears.  After the blonde takes off, Ator searches for Griba and finds the Sword of Tauren - the key to his destiny.  He swipes the sword and takes off on foot. 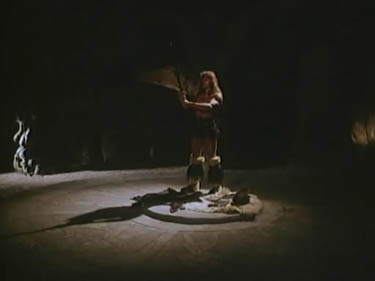 After a slight detour with a tribe of Amazon women, Roon (Siani) the shapely blonde Ator helped out at the waterfall, decides to help him on his quest to rescue Sunya from the Spider King.  Somehow they manage to escape from the tribe of women and Roon gets herself trapped in a cave-in.  Ator goes looking for her only to be Indun (Gemser) a sorceress who resembles the seductive witch in Conan the Barbarian.  Ator is tricked into drinking a magic potion (never a good thing).  Meanwhile the pet bear helps free Roon from the cave-in. 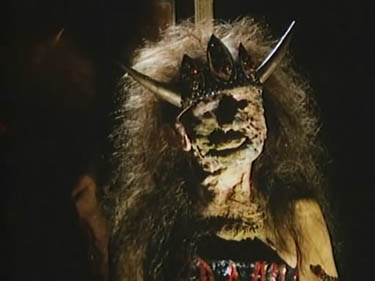 Roon finds Ator in the clutches of the evil Indun and frees him by uncovering a magic mirror which transforms Indun back into a hag.  To quote from another movie, "Honey, you got real ugly."  Ator and Roon travel through the the zombie infested jungle and stop at a tavern.  Here, they meet up with Griba who reveals the Mark of Tauren that has been hidden since Ator was a baby.  He reveals that Ator must travel to the volcano so he can get the Shield of Moordoor which will make him invulnerable in battle.
Ator and Roon travel to the volcano that is guarded by blind men who have an acute sense of smell (no I'm not making this up).  To mask their scent, they rub themselves down with a nearby plant and walk through the cave to find the shield.  But it's guarded by a shadow warrior whom Ator must defeat.  Too bad the special effect isn't that special and looks like Miles O'Keefe swinging his sword around. 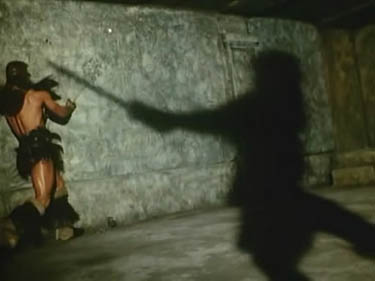 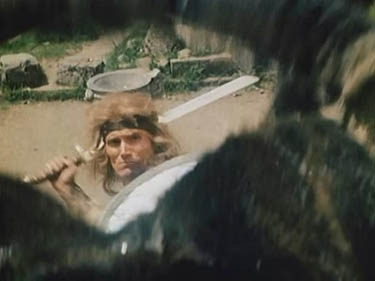 Conan the Barbarian was released in May of 1982 and was a huge hit.  Eager to cash in Conan's success, the Italian film industry started churning out sword & sorcery pictures.  Ator the Fighting Eagle saw its Italian release in October of 1982 by writer, cinematographer and director Joe D'Amato.  Let's just say Ator is no Conan.  Everything that made Conan a successful movie is lacking in Ator.  The costumes, props, special effects and acting are all laughable.  There is a certain low budget charm that runs throughout the movie in that "so bad it's good" kinda way.  Ator the Fighting Eagle must have been somewhat successful as it spawned several sequels.
Ator was released on VHS and Betamax on the Thorn/EMI label.  It also saw an out of print DVD release by Legacy Entertainment.  All releases are pan & scanned from the original 1.85:1 aspect ratio and have a running time of 98 minutes.  Some quick research on the internet alludes to this being a cut release, but the IMDB page only lists a runtime of 98 minutes for this title.  From watching the film, it certainly feels as if it's cut.  If this were to be re-released in the original aspect ratio and uncut on blu-ray, I'd probably purchase it again... for ten bucks or less.
Posted by Cinema Raiders at 1/13/2011