Well, the holidays have ended and most of the gift cards have been redeemed for all kinds of movie goodness.  Perhaps I went a little overboard on the purchases lately, but I don't think so...
Blu-ray Update 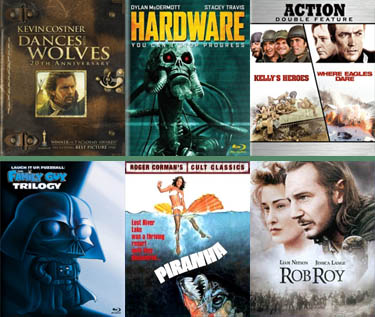 Special Features:  Sadly, the folks over at MGM/UA and 20th Century Fox gave us none.
DVD Update


Note: look for an upcoming VideoAsia article for an in-depth look at this release.
Tough To Kill
Starring: Luc Merenda, Donald O'Brien
Directed by: Joe D'Amato
Music by: Stelvio Cipriani

Yellow Hair and the Fortress of Gold

This time, I picked up three documentaries that have never had a DVD release...
Here's Looking At You, Warner Brothers
Directed by: Robert Guenette 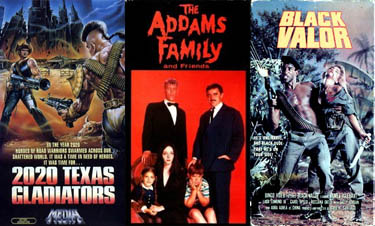 I also found a few VHS titles that are not available on DVD...
2020 Texas Gladiators
Starring:


Well, it looks like I finally found an incentive to not purchase so many movies per month... writing about them all!