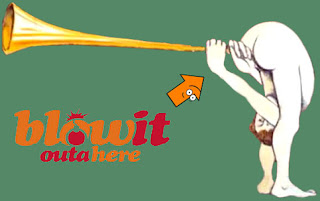 Another week and another incompetent online seller. This time around we have an Amazon Marketplace seller called i-Deals, which appears to be the new name for longtime seller blowitoutahere.
On Friday evening, i-Deals started pricing many DVDs, blu-rays and CDs in the $1 to $4 range. I didn't stumble across this sale until Sunday, when many of the choice titles had already sold out. Nonetheless, I did manage to find eight DVDs and two blu-rays that I wanted to add to my collection.  I placed my orders and thought everything was fine. Four days later, I get an email from Amazon saying that the seller has cancelled my orders because all of the items were out of stock. I find it hard to believe that all ten movies are out of stock, especially since each movie listed multiple copies as being in stock when the order was placed; not to mention that Amazon's system won't let you order something from a Marketplace Seller if they don't have it available.
After searching around for i-Deals online, I came across a couple of forums with people discussing this very issue. It seems many people are experiencing the same headache from these people. Some even go far as to speculate that it's not i-Deals fault and blame it on a pricing error in their system. Their key piece of evidence for this theory is that no-one would list something for as low as a buck. I don't know about you, but I've seen (and ordered from) Amazon Marketplace sellers who list books and movies for as low as one cent. They do this for the very reason that they hope you will check out the other items they are selling because Amazon's system doesn't allow for combined shipping. You will be charged $2.98 shipping for each movie that you purchase. That's how these sellers make a profit with their low pricing. So this system error theory does not stand under closer scrutiny.
If it was a system error, then why did it take the company three days to do anything about it? Come to think of it, this "error" lasted Friday, Saturday and Sunday - just like a weekend sale would last.  And if it was an error, why wouldn't they cancel all orders immediately and explain the situation to everyone and apologize for the inconvenience? They let all orders be charged and then cancelled them four to five days later. Many people would be understanding with an honest explanation of a system error, but no-one likes to be lied to that the items they purchased are out of stock.  It looks like i-Deals offered some excellent deals and then changed their minds. This is unacceptable.
Fortunately, Amazon will see that everyone's money is refunded. For what it's worth, you can take some solace in the fact that their feedback rating is quickly plummeting. It's actually rather quite entertaining to keep checking their feedback and watch it fall. For those who are so inclined, you may also send an email to Amazon and notify them of your experience with i-Deals. From reading some forum posts, it appears that many people are doing so already. Many are also being asked to fill out reports to be sent to their investigation teams "so that the action will be severe on the seller."
Posted by Cinema Raiders at 10/17/2012