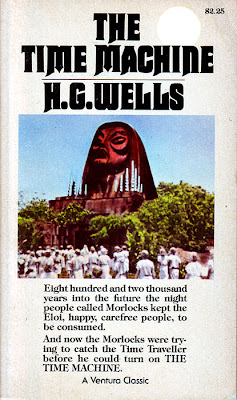 The Time Machine by H.G. Wells
Published by Ventura Books in 1980

Eight hundred and two thousand years into the future the night people called Morlocks kept the Eloi, happy, carefree people, to be consumed.

And now the Morlocks were trying to catch the Time Traveller before he could turn on... The Time Machine. 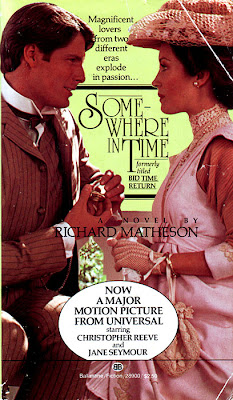 A haunting blend of great romance and mesmerizing mystery.

He had met her and lover her, years before his birth. Now, suddenly, in a lush, seaside hotel, she was calling him, urging him to consummate that love. He felt within him the power to take that one step backward into the past, to seek his only true love... Somewhere in Time. 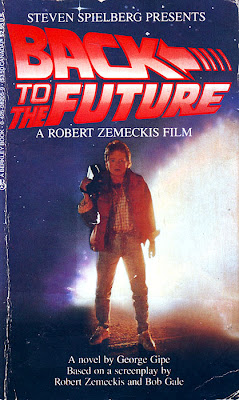 Both an exciting novel and high-spirited adventure film, Back to the Future is the unforgettable story of a modern time-traveling teenager whose journey to the past risks his very own future when he discovers surprises he never could have imagined. 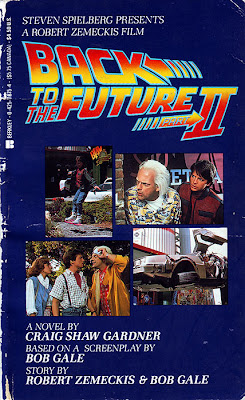 There was a time when Marty McFly was never in time for classes and never in time for dinner. Then one day, he wasn't in his time at all. Thanks to Doc Brown and his impossibly fast DeLorean, Marty returned to the past, changed his future (or present, depending on how you look at it), and the... well...

Only time will tell.

Back to the Future Part II

Michael J. Fox and Christopher Lloyd recreate their unforgettable roles as Marty and Doc Brown in this wondrous new film from the same creative team that brought you Back to the Future - one of the top ten grossing films of all time. 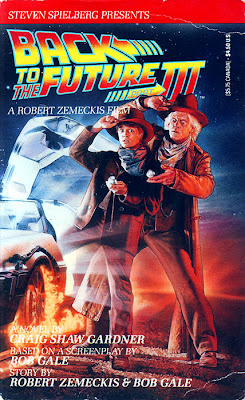 Time is really running out for Mary McFly and Doctor Emmett Brown!

Marty McFly is stuck in the year 1955 - without a time machine!

Even worse, Doc Brown is stranded in the year 1885 on the dusty streets of his hometown's distant past, where he's in danger of being gunned down by desperados before he's ever born!

Join Marty McFly and Doc Brown for their greatest, wildest and wooliest adventure in time!

Back to the Future Part III

Michael J. Fox and Christopher Lloyd are back as Marty and Doc in the exciting conclusion to the Back to the Future Trilogy - one of the most successful motion picture sagas of all time.