The Thief of Budapest 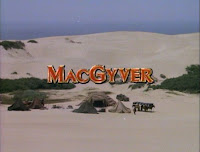 
The opening gambit sees MacGyver going after an unnamed king's stolen horse. A tribal leader has stolen the horse to provoke the king into a small war. Mac sneaks into the camp, knocks out a guard, saddles the horse and rides off all while the tribal leader is out playing with his sword. A chase ensues and it seems as if MacGyver is about to be caught for good when a helicopter with a tow cable appears out of nowhere and picks up Mac and the horse. 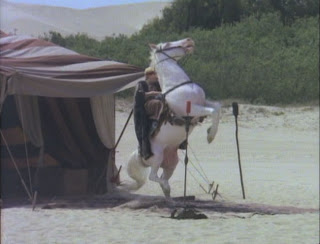 The main story begins with Mac in Budapest on a mission to retrieve a list of KGB agents from his old buddy Nicolai Grodsky with a road rally being in town as a bonus. While waiting around for his contact to show, a young gypsy girl named Jana picks MacGyver's pocket. He catches her in the act only to let her go and she steals his knife again. Grodsky appears, so he has to forget about it, for now. It turns out the KGB are also watching him. They are waiting to see who he meets to pick up the list of names, which is concealed in an old pocket watch. 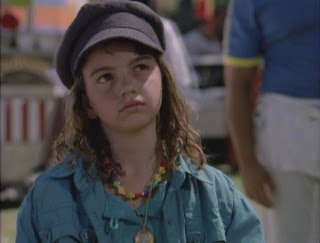 They begin to leave to make the exchange when our little friend Jana picks Grodsky's pocket and steals the watch. In the ensuing confusion, the KGB confront Grodsky who takes off and his hit by a truck and killed. The Russians naturally assume that MacGyver has the watch until they review their surveillance footage. The race is on to locate the girl and obtain the list.

Mac tracks Jana down at the same time that the Russians find her family. They are taken to a work camp and Mac has to bust them out as Jana gave the watch to her brother and only he knows where it is. Using this episode's only MacGyverism, Mac uses some salt, sugar and weed killer to cause a chemical reaction which makes an explosion; which is all he needs to steal a truck and break the gypsy family out of the camp.  The only problem is that Jana's brother has already sold the watch. 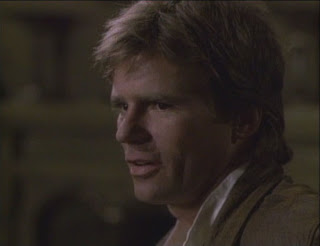 Needless to say, Mac tracks down the fence who has the watch and is able to talk her into giving it to him. Unfortunately, the KGB has also tracked her down. Mac makes a quick escape out the back where Jana and her brother are waiting to pick MacGvyer up, but they want something in return for helping him. They want to go tot he US. 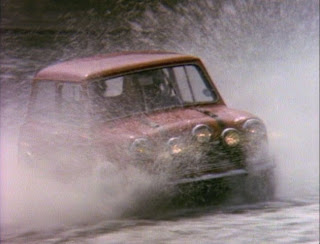 Mac comes up with a plan using the road rally as a cover. They steal three Mini Coopers and borrowing footage from the Michael Caine film, The Italian Job, Mac causes a traffic jam and the three cars race about the city while being chased by the police and KGB. A good portion of the chase from the film is used in this episode, only slightly re-edited and a few cutaway shots of Richard Dean Anderson and the other actors in the cars added. Our intrepid heroes manage to cross the border into Austria just as the KGB catch up to them. A short phone call later and the gypsy family has been cleared for entrance into the United States. Mission accomplished.