When the Oceans Drank Atlantis

The two Arnold Schwarzenegger Conan movies have recently been released on blu-ray; so it's time for another special features comparison. 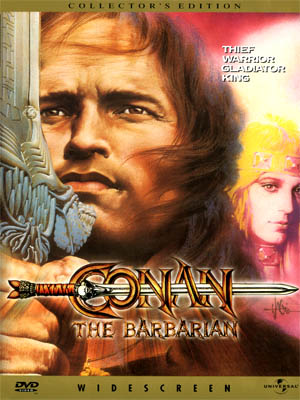 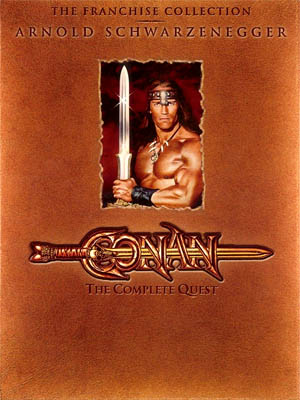 Both the single release and the Complete Quest release of Conan the Barbarian contained all the same special features, which were: 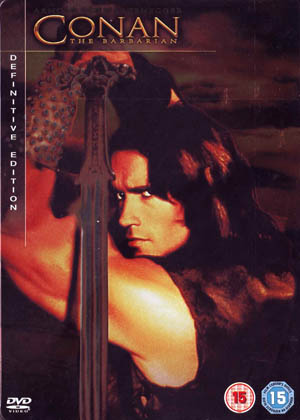 In addition to all the special features listed above, the two disc Conan the Barbarian: Definitive Edition Steelbook, released in the UK, had a few more extras that weren't on the Region 1 release.

Conan: The Rise of a Fantasy Legend (18 minutes)
A featurette covering the creation of Conan by Robert E Howard, the comic books and the making of Conan the Barbarian.

Well, I guess there's only this one extra. The packaging lists a "brand new documentary about fantasy films," but I can't find it anywhere on the discs. 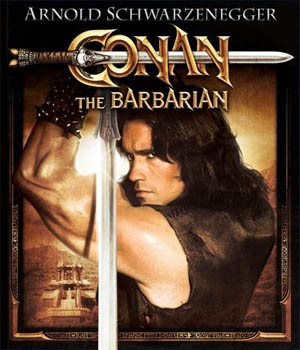 The blu-ray retains all the special features from the previous Region 1 releases (Conan: The Rise of a Fantasy Legend is not included) and two new extras.

Art of Steel: Sword Makers and Masters (14 minutes)
A featurette on Albion Swords and the making of the Atlantean Sword and Conan's Father's Sword.

The UK blu-ray has all the special features from the US release, the Fantasy Legend featurette  and is Region B locked. 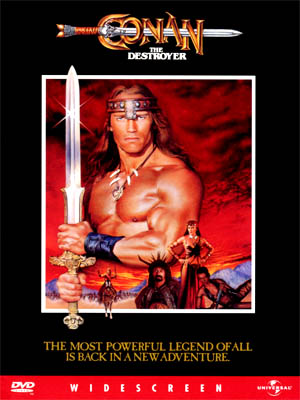 While not a great movie, Conan the Destroyer hasn't gotten any love here in the United States. Both releases (this one and the Complete Quest) only have a single theatrical trailer. 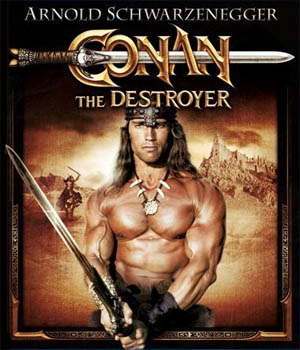 The blu-ray continues the tradition and ports over the same theatrical trailer. However, all is not lost. The above pictured release is from Hong Kong, is Region A and contains some nice special features. Well, my copy hasn't arrived yet, but they sound nice anyway. If anyone is interested, I ordered my copy at YesAsia.com.