Who Wants To Live Forever 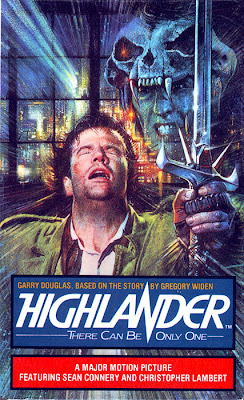 Highlander by Garry Douglas
Published by Grafton Books in 1986

MacLeod is the Highlander - a 19th century Scottish warrior, the noblest of the Immortals. Ramirez - the Spanish peacock - showed him his destiny and taught him swordplay. Heather loved him. But The Kurgan sought them out in MacLeod's wild homeland, and dealt Ramirez the only death an Immortal can suffer - decapitation.

Now the Immortals are Gathering. Seven lifetimes later in New York, the last of the Immortals face the final contest. One of them will receive The Prize they have awaited since the dawn of history. The others must perish.

The Kurgan is strong - with the strength of total evil. Finally, only MacLeod has the power to destroy him - and save the Earth from an era of chaos and darkness. 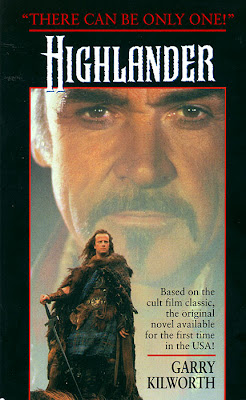 Highlander by Garry Kilworth
Published by Harper Collins in December 1998

There Can Be Only One
The battle rages across the centuries, from the wind-scoured Sahara to the wild Russian steppes to the rocky crags of Scotland. And only one Immortal can survive.

MacLeod is the Highlander. A Scottish clan warrior from the 16th century, he was taught the deadly arts by an ancient warrior, who then suffered the only wound that can end an Immortals life: decapitation.

Now, seven lifetimes later, MacLeod faces the final test. The Kurgan, his ancient adversary, has tracked him all the way to the streets of New York City.

The fight will be the same: blade to blade. Only the outcome is in doubt. Will the Highlander win? Or will The Kurgan's scimitar stop him with a blow that will plunge the Earth into an era of darkness and chaos?

Based on the cult film classic, the original novel available for the first time in the USA! 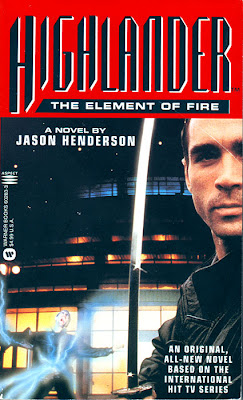 There Can Be Only One...
He is Immortal. A Scottish warrior born four hundred years ago. He is not alone. For centuries he has fought others like himself. He can die only if a foe takes his head, capturing his life-force in an event known as the Quickening. But his battles are eternal... for in the end, there can be only one. He is Duncan MacLeod. The Highlaner.

Princes of the Universe
Centuries ago, the Immortal pirate Khordas vowed to destroy MacLeod. Evil and insane, Khordas delights in burning his victims inside their homes and ships, while he loots the pyres from which he alone can emerge.

Nantucket, 1897: Now on an anniversary of blood, this undying monster springs an infernal trap around the Highlander. But the pirate doesn't want merely to kill MacLeod. Unless stopped, Khordas will sear to cinders everything - and everyone - the Highlander holds dear... 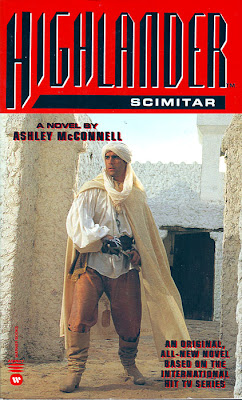 Scimitar by Ashley McConnell
Published by Warner Books in February 1996

Blood of Kings
For centuries the legendary sword has brought death and the Quickening. A blade forged to steal the blood of princes and Immortals, the scimitar has haunted Duncan MacLeod as it has haunted history, from the slave markets of the Barbary pirates to Lawrence of Arabia's war against the Turks...

Now the sword has mysteriously been delivered into Joe Dawson's hands. With it come instructions that tell Dawson - a member of the Watchers, the secret society of mortals who have observed Immortals through history - to give the scimitar to Duncan MacLeod. Is the scimitar meant as a challenge, a warning, or a salute across the centuries from one Immortal to another? 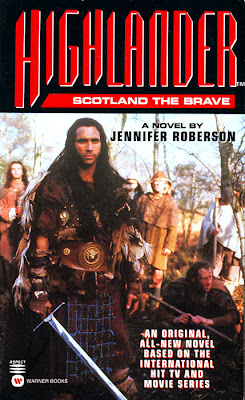 Scotland Will Be Freed
MacLeod is drawn into a conspiracy of Immortals on a militant quest to win back the independence that Scotland lost, centuries ago, at Culloden. For her own reasons, Immortal Annie Devlin has already answered the ancient call of the clans. But if Duncan follows, he risks being drawn into a web of obsession, madness and murder. For the Immortal who is masterminding the campaign will be satisfied with nothing less than Duncan MacLeod's heart and soul... and undying loyalty. 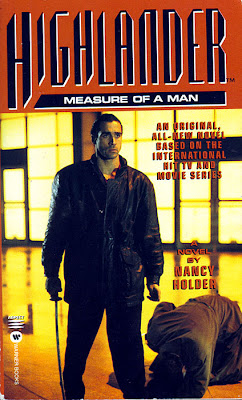 The Prince of Lies
Niccolo Machiavelli was history's greatest manipulator, whose only morality was "might makes right." He played princes against kings, controlling all by lies and corrupted love. What if such a man were Immortal?... In Venice, 1655, MacLeod tested his wit and his honor against Machiavelli and learned that his opponent would stop at no betrayal to achieve his ends. Now Machiavelli has plans to dominate the entire mortal world. Then why has the Prince of Lies dared the Highlander to stop him? 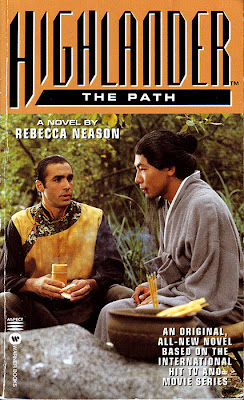 The Immortal Way
It is said that the Dalai Lama is immortal, in his own way: repeatedly reincarnated with his memories of past lives intact. Will the current incarnation of the Dalai Lama remember the Duncan MacLeod he met in 1781? And will he greet him as a friend - or an enemy?

In 1781 Duncan MacLeod was a weary traveler trying to escape the memory of too many European battlefields. Reaching Tibet's holy city of Lhasa, he found peace in a woman's love, an ancient land's eternal wisdom, and friendship with the Dalai Lama. Until a bloodthirsty Immortal turned his unstoppable army toward Tibet... and the head of the Highlander. 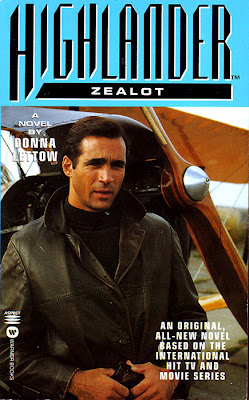 Zealot by Donna Lettow
Published by Warner Books in November 1997

Never Again
The Hebrew warrior Avram Mordecai has defended his people since the Roman siege of Masada, through 2000 years of Diaspora, ghettos, pogroms, and the Holocaust. And MacLeod has fought beside him, saving Jews from the Nazis in World War II. Now the Highlander is protecting a beautiful Palestinian diplomat at peace talks that the Zealot has vowed to disrupt by any means - including murder... 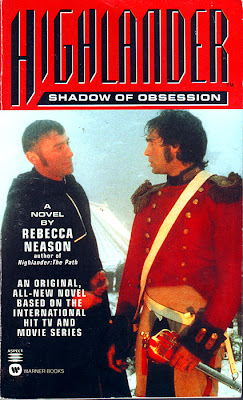 Man of Peace
Once the Immortal Darius was a brutal warrior and the terror of Europe. Then outside the gates of Paris, a transformation took place, and Darius became a saintly man of peace. His teachings touched many lives - including the Highlander's. Now, to honor his friend's memory, MacLeod protects Victor Paulus, a mortal who carries on Darius' legacy. But Darius left another legacy - a thwarted ex-lover who spent centuries plotting against Darius, who has sworn to destroy anyone he called a friend. Staring with Victor Paulus and Duncan MacLeod. 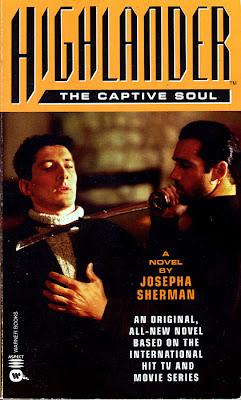 An Ancient Evil
Over three thousand years ago, Methos helped the Egyptian pharaohs in their battle against the sadistic Hyksos overlords. Then he fought Khyan, an Immortal Hyksos prince, but failed to take his head. Now a deadly madman stalks modern New York City, hunting an ancient sword, killing all who stand in his way. It can only be Khyan, seeking revenge. If Methos does not destroy this darkness from his past, he, Duncan MacLeod, and indeed all Immortals will be doomed... 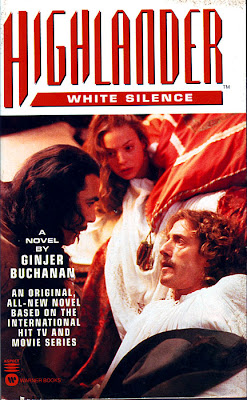 Crucible of Ice
Three Immortals - MacLeod, his old friend Hugh Fitzcairn, and Fitz's student, young Danny O'Donal - trek to the Yukon, seeking glory, gold, and the Northern Lights. But in the raging blizzards of the far north, the quest becomes a nightmare. For even Immortals can starve, freeze, and go mad, trapped in a frozen hell where implacable nature can kill the Highlander or his companions - again, and again, and again...

What's the deal with the first two novelizations. Are they the same book?