A Novel of High Adventure

Indiana Jones, archaeology professor and swashbuckling adventurer, has unearthed many an ancient treasure. But now, the very future of the world depends on his finding one special relic.
With bullwhip in his hand and a beautiful lady at his side, Jones journeys from Nepal and Cairo to the Mediterranean, dodging poisons, traps and snakes, battling rivals old and new, all in pursuit of an ancient artifact said to give invincible power to its posessor.
It's a battle to a startling finish, a finish dictated by the magic, the light - and the power - of the Lost Ark. 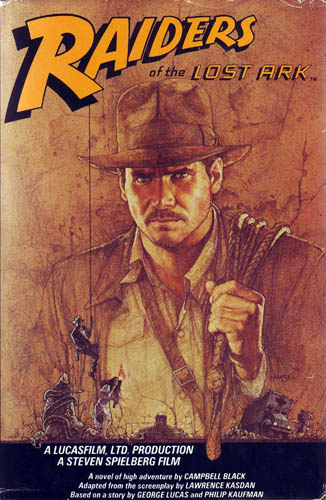 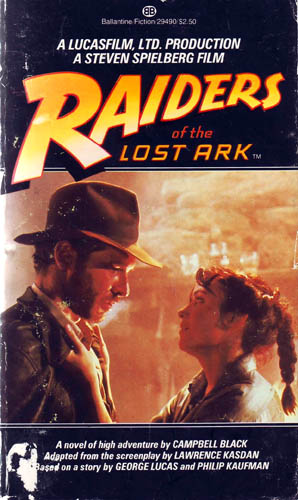 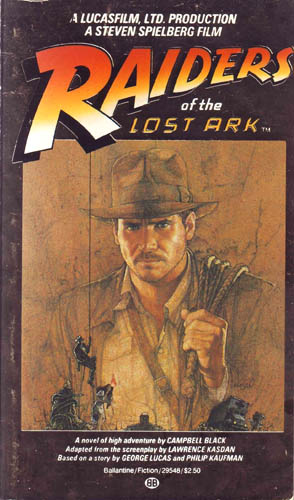 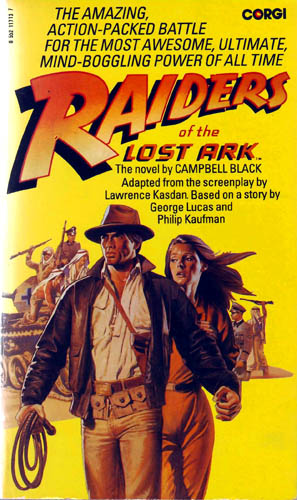 Published by Corgi Books in 1981 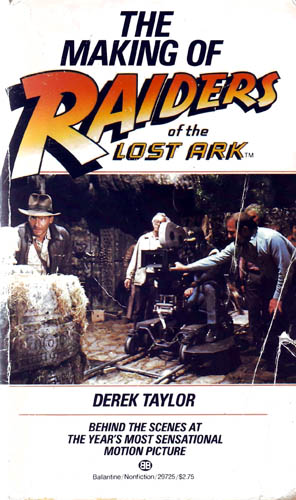 The Making of Raiders of the Lost Ark by Derek Taylor
Published by Ballantine Books in September 1981
From high seas to searing desert... from exploding planes to horrifying mummies... from the first exciting days of shooting in France to the last stages of special effects wizardry... Here is the amazing story of the creation of the year's most fabulous movie.
Featuring: In-depth interviews with the stars! Conversations with Director Steven Spielberg and Producer Frank Marshall! Discussions with the special-effects designers who dazzle you with their incredible cinematic techniques! Chapters on the heart-stopping stunts and interviews with the people who create and execute them! Candid sessions with Executive Producer George Lucas, create of the Star Wars saga! Plus 32 pages of spectacular behind-the-scenes photos and much, much more! 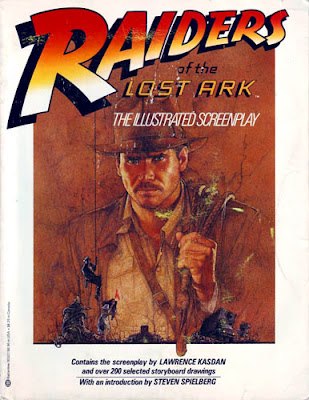 Raiders of the Lost Ark: The Illustrated Screenplay
by Lawrence Kasdan
Published by Ballantine Books in July 1981
The ultimate companion volume to the greatest adventure movie of the decade! The edited screenplay that combines Lawrence Kasdan's final script with elements of action and dialogue from the movie! Selected storyboards - extraordinary drawings that guide the filmmakers step-by-step, scene-by-scene through the actual production of the film!
Posted by Cinema Raiders at 6/27/2011