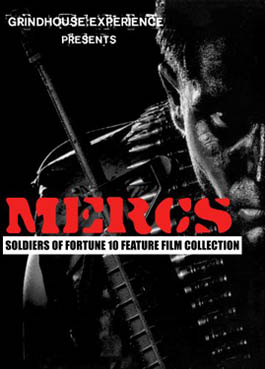 An overwhelming number of people left comments and sent emails (i.e. none of you) requesting that I cover the action flicks that have been released by the good folks over at VideoAsia. As I've recently been picking up some obscure war movies on VHS, I thought it sounded like a good idea to go through these discs. There's no better place to begin than at the beginning, so here is VideoAsia's first action collection: Mercs: Soldiers of Fortune. 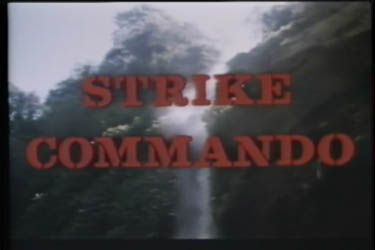 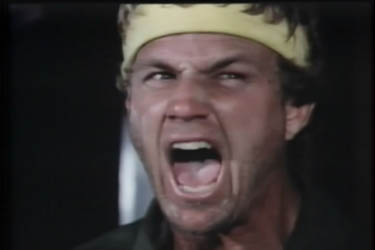 While operating behind enemy lines, Sgt. Mike Ransom learns of a Russian presence in North Vietnam. Ordered to obtain proof of this discovery, Ransom returns to enemy territory but is captured and subjected to a variety of tortures. Eventually he escapes to continue his mission despite being hampered by a traitor in his own ranks. Sounds a bit like that one move, what was it called?  Oh yeah, Rambo: First Blood Part II; and the similarities keep on coming too.  The quality isn't too bad on this one.
Disc 1 - Side 1 - Film 2
Mannigan's Force (1988)
Starring: George Nicholas, Eric Hahn
Directed by: John Ryan Grace
Music by: Jaime Fabregas
Original Aspect Ratio: not listed
Original Runtime: not listed
DVD Runtime: 83 minutes 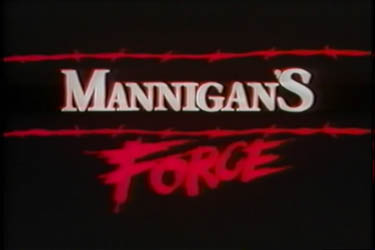 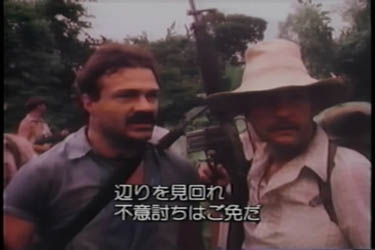 A squad of commandos takes on a military regime in Central America. Years after their first go round, they go back to help Americans trapped in the small county. The quality is on par with a VHS tape, however this one has burnt in subtitles.
﻿
Disc 1 - Side 2 - Film 1
Death Raiders (1984)
Starring: Johnny Wilson, George Pallance
Directed by: Segundo Ramos
Music by: Pablo Gomez
Original Aspect Ratio: not listed
Original Runtime: not listed
DVD Runtime: 80 minutes 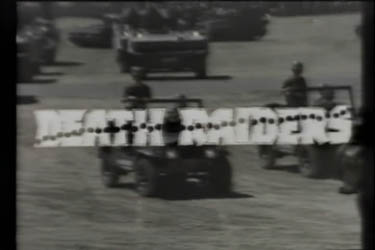 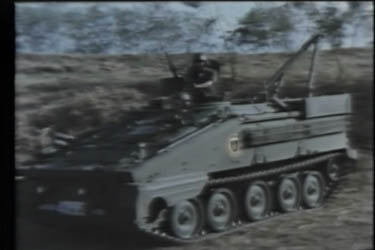 A provincial Governor and his daughters are kidnapped by a rebel band. The military of the Asian country puts together a group of crack men to rescue them. Death Raiders was sourced from a worn VHS tape. The picture is muddy and complete with tape rolls, tracking problems and an intermittent high-pitched squeal on the audio track.
Disc 1 - Side 2 - Film 2
Operation Nam (1987)
Starring: Oliver Tobias, Christopher Connelly, Ethan Wayne,
Donald Pleasance, Luciano Pigozzi, Gordon Mitchell
Directed by: Fabrizio De Angelis
Music by: Francesco De Masi
Original Aspect Ratio: not listed
Original Runtime: 90 minutes
DVD Runtime: 81 minutes 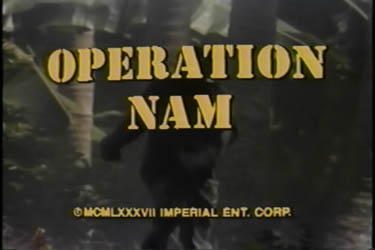 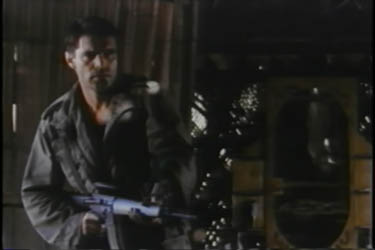 Ten years after the end of the Vietnam War, four ex-Marines decide to return to Southeast Asia to investigate reports of American POWs still being captive. These four include Roger, whose daughter has just been married; the unemployed James; Mark, who quit his job at an Arizona roadside tavern; and Richard, recently a patient at a mental hospital. In the jungles of Vietnam, they discover American POWs, but also find out about a U.S. Government plot to keep this knowledge a secret. Another decent VHS quality source.
Disc 2 - Side 1 - Film 1
Fireback (1983)
Starring: Richard Harrison, Bruce Baron
Directed by: Teddy Page
Music by: Patrick Wales
Original Aspect Ratio: not listed
Original Runtime: not listed
DVD Runtime: 89 minutes 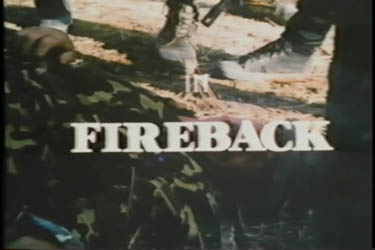 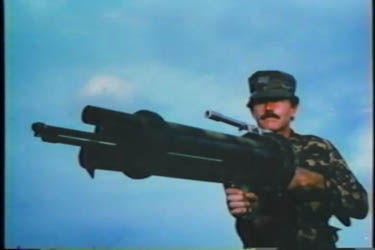 When the wife of a Vietnam vet is abducted by gangsters, he must rely on his wartime skills to get her back. Another decent VHS quality print, although it does have a few tracking problems. I wonder if the same guy who designed the Equalizer 2000 had anything to do with the construction of this pos? 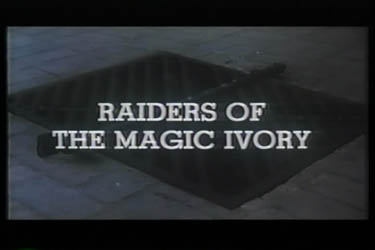 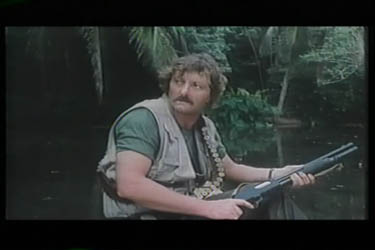 Two hardcore mercenaries are hired by an old Chinese man to fight their way through the jungles of Vietnam, find a hidden underground temple and bring back a golden ivory tablet with magical properties. James does resemble his dad, a little.  This time around we have a print taken from a widescreen Japanese VHS, complete with burnt in subtitles and a few tape problems.
Disc 2 - Side 2 - Film 1
The Last Mercenary (1985)
Starring: Tony Marsina, Ketty Nicols
Directed by: Marlon Sirco
Music by: Fabio Frizzi
Original Aspect Ratio: not listed
Original Runtime: not listed
DVD Runtime: 89 minutes 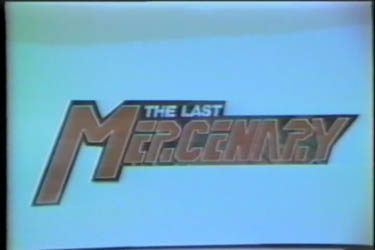 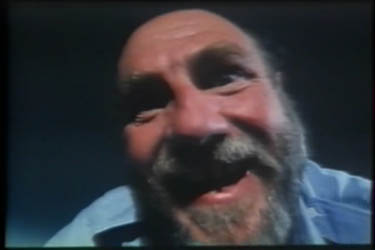 The story of a man's burning vengeance, an avenger who cannot forgive. Neither threats nor traps can stop The Last Mercenary. Stretched to the breaking point both physically and morally, a fight until death follows. His price is death! At least that's what the video sleeve says. The print here isn't very good, but it's better than the one used for Death Raiders. 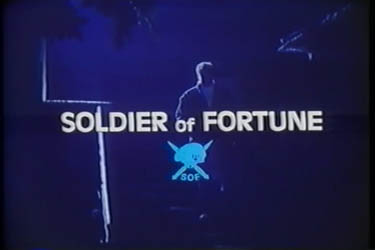 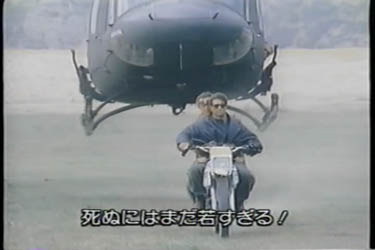 I couldn't find a plot synposis online and I haven't seen it yet, so there's not much I can say about Solider of Fortune. A decent VHS tape with burnt in subtitles.
Disc 3 - Film 1
Warbus (1986)
Starring: Daniel Stephen, Rom Kristoff
Directed by: Ferdinando Baldi
Music by: Robert Marry
Original Aspect Ratio: not listed
Original Runtime: not listed
DVD Runtime: 80 minutes 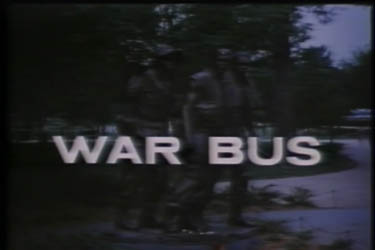 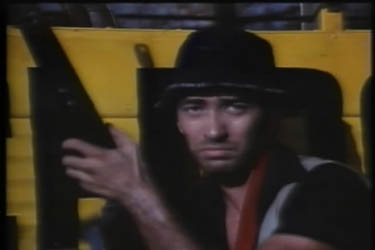 A small group of people are forced to flee from their base in an old school bus when the VC launch a vicious assault. Along the way they are joined by a group of three battle hardened American Special Forces soldiers and together they desperately fight to make it to safety. I was hoping the quality for this title would be better, but it's rather muddy and has the usual tape rolls and tracking issues.
Disc 3 - Film 2
Tiger Joe (1982)
Starring: David Warbeck, Annie Bell, Luciano Pigozzi
Directed by: Antonio Margheriti
Music by: Carlo Savina
Original Aspect Ratio: 2.35:1
Original Runtime: 96 minutes
DVD Runtime: 96 minutes 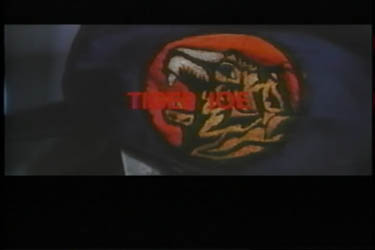 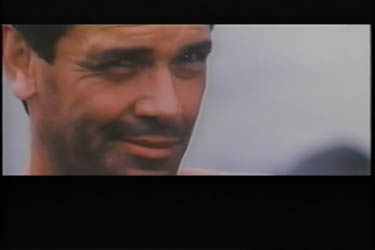 Tiger Joe, once an Air Force pilot during the Vietnam War, is now a gun-runner for the Cambodian nationalists. He and two of his war-time buddies risk their lives for the nationalist cause. On one mission, Tiger Joe is shot down, captured and tortured by enemy guerillas. But with the help of a beautiful medic, he escapes and begins a one man war against his captors.  This one is sourced from the widescreen Japanese VHS tape. It looks good and is in the original aspect ratio. There are burnt in subtitles in the black area beneath the picture.
While not the best collection of action flicks, it is a rather inexpensive way to view some of these rare tapes. It should be noted that most of the plot summaries were taken from their respective IMDB pages as I've only watched  two of the movies in this collection.
Posted by Cinema Raiders at 3/21/2011