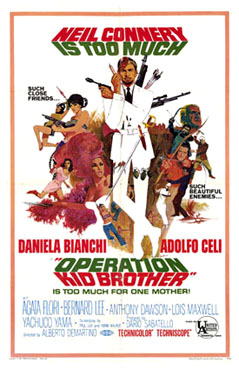 To quote from Matt Blake and David Deal's excellent book, The Eurospy Guide, "for a brief period in the mid-1960's

, the world went spy crazy.  From Sri Lanka to Poland, from the US to India, cinemas were filled with the exploits of suave secret agents, glamorous femmes fatales and increasingly demented villains.  The symbols and images of the genre permeated advertisements, pulp novels and television series as well."

Italian film producer Dario Sabatello heard a radio interview with Neil Connery, brother of James Bond 007 himself, Sean Connery.  Mr. Sabatello found what many people already knew, that Neil's voice sounded quiet a bit like his brother's.  Neil Connery was hired to star in a spy film that would feature several actors from the James Bond series:  Adolfo Celi (Emilio Largo in Thunderball

), Daniela Bianchi (Tatiana Romanova in From Russia With Love

), Bernard Lee (M), and Lois Maxwell (Moneypenny).  Alberto De Martino was hired to direct and Ennio Morricone was contracted to produce the score.  The rest, as they say, is movie history. 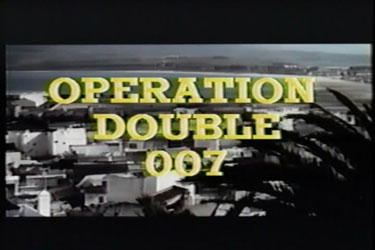 The﻿ film opens with a great theme song as a boat-load of babes sails into town.  This yacht is the home of our main villain, Thair (Adolfo Celi), who is lounging around getting a sensual massage while watching television that is projected on the back of a beautiful woman.  Meanwhile, Ward Jones, with his mysterious box, is piloting his plane in for a landing where he will meet with Miss Moneypenny, er Miss Maxwell (Lois Maxwell).  As the plane lands, Thair uses his remote control bomb car to crash into the plane.  The fire fighters arrive, but one is really Maya (Daniella Bianchi) in disguise who steals the mysterious box to deliver to Thair.  Ward Jones is killed in the explosion and now they must find Yashuko, Ward's girlfriend. 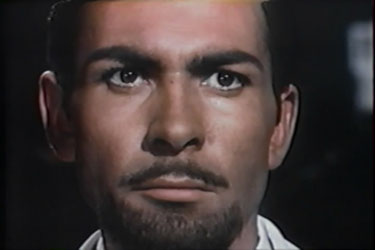 We meet up with Neil Connery while he is giving a lecture on his recent plastic surgery on Yashuko, the key to its remarkable success is an ancient Tibetan process known as the Hypnotic Process of Total Recall.  He looks a bit like his brother doesn't he?  Connery is asked to provide a demonstration and he begins, but Maya is in the audience and radios in the reinforcements to kidnap Yashuko.  A brawl breaks out between the baddies and the mild mannered surgeons.  Yashuko is saved by Connery, but they become separated and she is taken away by Miss Maxwell. 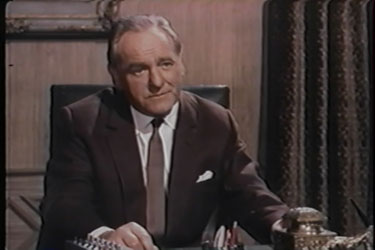 Commander Cunningham (Bernard Lee) recruits/blackmails Neil into helping him, after all, he is the brother of their top agent.  It is learned that Ward Jones attended one of Connery's lectures on the Hypnotic Process of Total Recall and used the Hypnotic Process of Total Recall to turn Yashuko into a "human electronic brain."  The only other person who can retrieve this information is Dr. Neil Connery.  They head off to the hospital where Yashuko is recovering only to discover that Maya and Lotte Krayendorf (a Rosa Klebb/Lotte Lenya look-alike) have kidnapped her using an elaborate zip line firing PVC pipe with a hair trigger.

A James Bond spoof would not complete without at least one scene in which the baddies have a meeting where one of their members is eliminated for failure, and this movie has a few.  It is here we learn the full details of Operation Blackmail.  THANATOS plans to control the world's gold reserve by threatening New York, London and Moscow with the use of an atomic nucleus, which fuses dynamos making all machines useless.  Ward Jones was working for THANATOS, but he decided to sell out, that's why he was eliminated.  The only thing stopping them from going forward with their diabolical plan is the acquisition of the atomic nucleus. 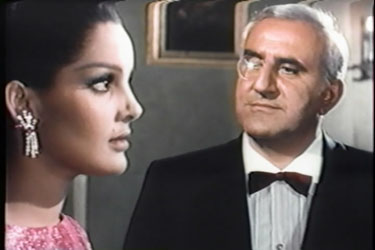 It's off to Malaga for an archery contest and our hero meets our villain for the first time.  Thair sends one of his many women to keep an eye on Connery.  Using the Hypnotic Process of Total Recall, Connery is able to learn where Yashuko is being held captive.  She is being tortured with colored lights at Lotte's villa and it is here we have the first major action sequence of the movie.  Connery and crew, all clad in overalls, assault the villa, eliminate Lotte and rescue Yashuko.  Connery uses is Hypnotic Process of Total Recall to retrieve part of the information she was storing for Ward, but she is killed before she can reveal everything. 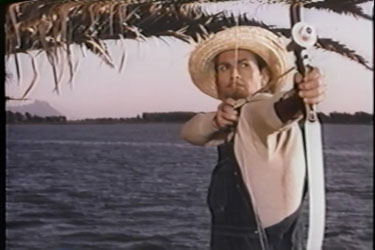 Maya and her troupe of showgirls are able to steal the dreaded atomic nucleus by luring the guards off the road and shooting them with tranquilizer darts from their boas.  They quickly change into pussy cat costumes and convert the army truck into the Wild Pussy Club and just drive off and nobody notices.  Would you notice the Wild Pussy Club if you saw it driving down the street?  I know I would!

Following one of Yashuko's clues, Connery heads to Tetuan.  Later that evening, Connery attends Thair's party where he learns Thair's true plans.  He is plotting to kill the Alpha of THANATOS, replace him with a surgically altered double (Diamonds Are Forever

anyone?), and blow up his yacht with Maya and all the girls aboard because they know too much.  Connery warns Maya and it's off to Thair's rug factory that is run by blind men.  It's no wonder Thair only hires blind people, there's a clearly marked "Radioactive Area" in the back of the factory.  We don't know why Connery is there, but he starts a riot by informing the blind men that they are working with radioactive material.  Thair captures Connery and takes him to his yacht to perform the plastic surgery. 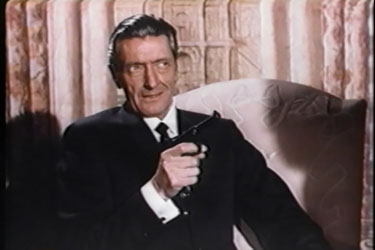 Our intrepid heroes travel to the castle and underground headquarters of THANATOS just outside Munich.  Using a helicopter equipped with an airborne Geiger counter, Connery and Maya are able to locate the underground lair.  Connery is captured once again as Maya heads back to the airport to get help - Connery's archery buddies.  The cavalry arrives (yes they are on horseback), but not before Connery uses the Jedi mind trick, I mean the Hypnotic Process of Total Recall, on his guards to attack one another. 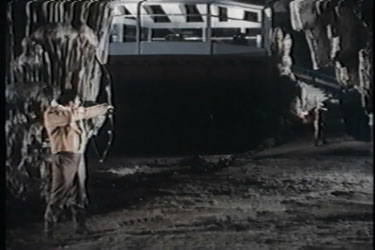 The final big action sequence sees the spear gun toting baddies battle it out with Connery and his archery buddies.  How is it that these championship archers have no problem with killing all these henchmen?  Anyway, armed with an anti-magnetic explosive, Connery heads to the tower to take out the magnetic wave (what happened to the atomic nucleus?), but not before he has a final archery contest with Thair.  The castle explodes, shutting down the magnetic wave.

Cunnigham makes a final appearance as he wants to recruit Neil, but Connery uses the Hypnotic Process of Total Recall to erase that thought from his mind.  Maya, Connery and the boat-load of babes sail off into the sunset.

films.  Neil Connery moves well and has a passing resemblance to his brother.  The only things missing from his performance are any panache and his voice.  Like most Italian films from the period, Operation Kid Brother was filmed without any live sound.  They voices would later be dubbed in at the studio.  Neil Connery had an acute case of appendicitis and wasn't asked to come back and do the voice, which is a shame.  The movie is loaded with all kinds of spy gadgets like fire extinguishers with secret compartments, blade shooting knives, the old camera in the flower trick, dart firing boas, machine guns in the ceiling, a sword blade firing statue and even a woman's belt that turns into a spear. 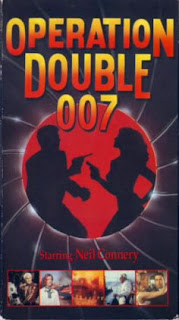 The movie was released only once in the US (that I know of) back in 1992 on an old pan & scan VHS relased by the Magnum Video label.  The original pressbook for the movie gives the running time at 105 minutes and the VHS is 104 minutes, and has a few cuts.  Is it only a minute's worth of footage?  This movie is a lot of fun and should be released in all its widescreen glory on blu-ray.  I'm sure you can get Neil Connery to do a commentary or at least an interview for a new making of documentary.  Mystery Science Theater 3000 even featured a heavily cut version of the film during their fifth season, perhaps that could be another extra on the blu-ray?  Operation Kid Brother, I like it.
Posted by Cinema Raiders at 12/13/2010