Mill Creek Entertainment is a budget label company who have been releasing DVD sets of public domain films for many years. Like other budget label companies, the quality varies greatly with each title. So far, Mill Creek as released a total of four sets of spaghetti westerns, and yes, we have all four here at Cinema Raiders. Today, we'll be taking a look at Ten Thousand Ways To Die: The Spaghetti Western Collection; a set which which borrows its name from Alex Cox's book. 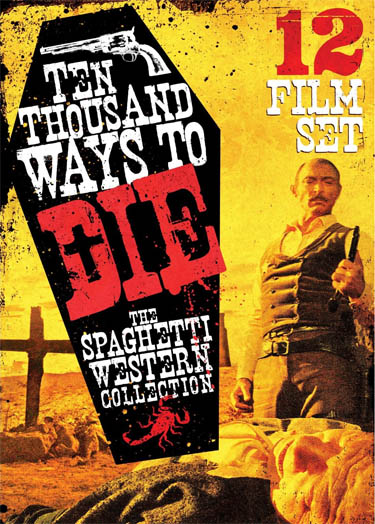 The back cover...
Loaded six-shooters, fast-paced action, luscious ladies and a hearty dose of comedy can all be found in this outstanding collection of acclaimed movies from the epic filmmaking genre affectionately known as Spaghetti Westerns. Filled with gangs of outlaws, crooks and law enforcement, these 12 films from the definitive era contain all the usual fights, gun battles and explosive surprises that make the Spaghetti Western genre so entertaining to watch and cherish.

A listing of which films (in no particular order) is then presented along with a brief synopsis for each film.

The Cover Art
The cover art for Ten Thousand Ways To Die is quite nice. It shows a stylized still of Lee Van Cleef (who stars in three films in this collection) standing over the corpse of a recently departed bandito. The cover also has this grindhouse type feel which works well for this release.

The Discs
This set contains three double sided, single layer discs. Like many of the recent Mill Creek releases, the discs are each in their own paper sleeve which is held in place inside the DVD case. Although this is a rather cheap method, it does have one positive side effect. The discs are held securely in place and no amount of normal shipping abuse with cause any floaters.

The Menus
After the obligatory FBI Warning and the Mill Creek Logo, a short clip of action scenes plays which dissolves into a static image menu with a looping bit of spaghetti western music. Each movie has a separate scene selection page featuring four chapter stops. 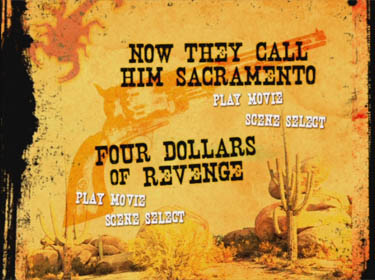 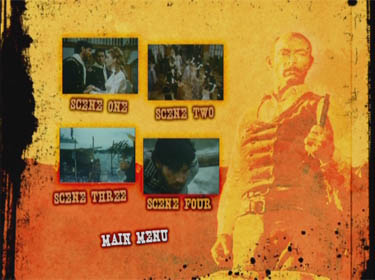 The Movies
Now, let's dive in and take a look at the twelve films presented in Ten Thousand Ways To Die: The Spaghetti Western Collection. After receiving some feedback on my last spaghetti western review, I'm going to be doing things a little differently this time around. The synopses will be taken from the back cover and the review sections will all come Thomas Weisser's book: Spaghetti Westerns: The Good, the Bad and the Violent. 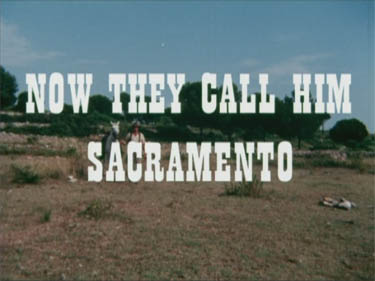 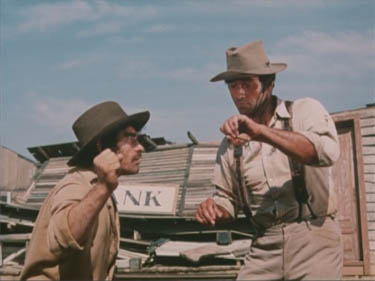 Synopsis: A trio of friends stumble upon a team of bad guys who are planning to rob a cash shipment from a locomotive's strong room. The trio believes that the money belongs to the government and so they take it for themselves but the cash actually belongs to a community of farmers who now face eviction.

Review: Weisser didn't have too much to say about this one aside from the version he watched was called Now They Call Him Amen and nobody in the movie is named Amen.

Notes: Dorado Films has released a stand alone DVD of this film which is also in full screen with an identical runtime of 88 minutes. This could be the longest version available.
----- 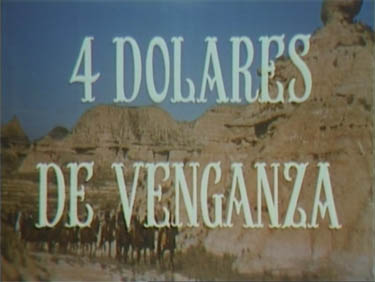 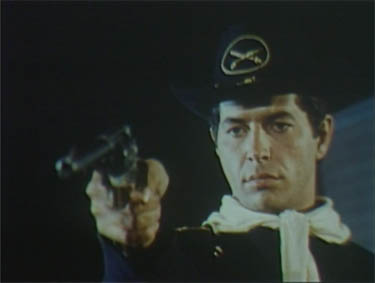 Synopsis: When a large shipment of gold disappears, the military officer in charge of its safety is accused of the robbery. He makes his escape from the stockade and tries to prove his innocence.


Review: Another revenge for a slaughtered family film similar in style to director Balcazar's Five Thousand Dollars on One Ace (made the same year, also with Robert Woods).  The unimaginative screenplay was written by two popular Italian directors, Bruno Corbucci and Giovanni Grimaldi. The gritty and probing camera-work of Victor Monreal is exceptional, easily the highlight of this film.

Notes: Mill Creek Entertainment has a blu-ray version of this movie in the US which is an anamorphic widescreen print in the original aspect ratio and runs longer than the print used here. The blu-ray also includes as second film, The Last Gun  (see below). 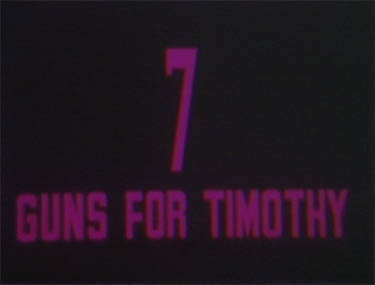 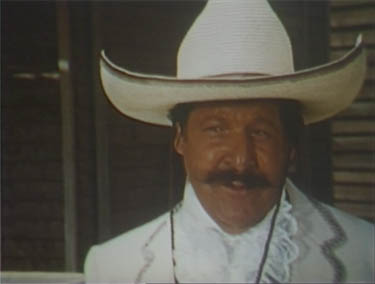 Synopsis: Sean Flynn (son of Errol Flynn) stars as Timothy who teams up with six other gunmen to protect his inherited gold mine and fight off the bandits who will only be stopped with a bullet.

Review: Good title sequence, but everything else is humdrum. Sean Flynn can also be seen in Woman For Ringo. Romolo Guerrieri also directed the much better Johnny Yuma.

Notes: The German company Sunfilm Entertainment released an anamorphic widescreen version of this film in the correct aspect ratio, but it does not have an English audio option or subtitles. It is also three minutes shorter than the version seen here.
----- 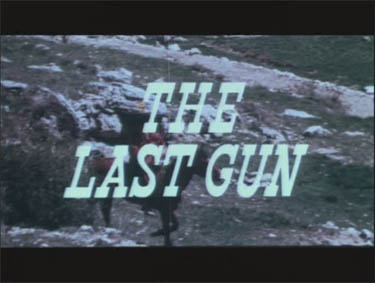 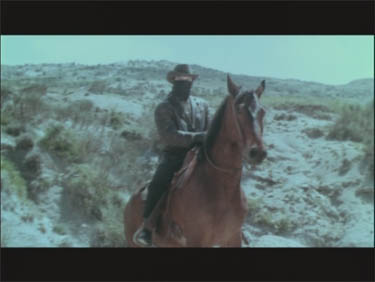 Synopsis: A famous gunfighter gives up his evil ways and settles in a quiet town. But the town is being terrorized by a gang, drawing our hero back to gunslinging, but this time, in the name of good.

Review: Considered his best western by the critics, Sergio Bergonzelli directs this film with more restraint than he usually shows in his horror and exploitation movies.

Notes: The Mill Creek blu-ray is anamorphic and also in the original aspect ratio. The runtime is the same as this disc, but the print used on the blu-ray is much nicer (the same is true on Four Dollars of Revenge). This also seems to be the longest version available. 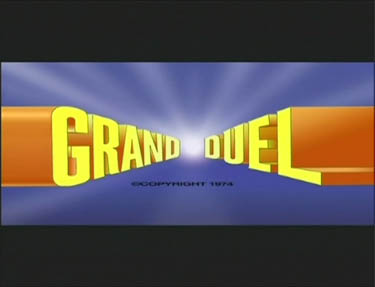 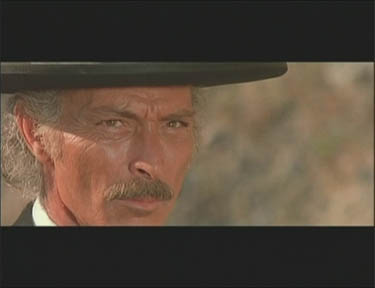 Synopsis: In one of a long series of spaghetti westerns, Lee Van Cleef stars as Clayton, a hard-as-nails gunman who is pitted against an equally tough opponent in Saxon. Clayton turns out to have a softer side when he befriends a young cowboy name Newland who has been wrongly accused of murder.

Review: The story is an engaging whodunit. Good direction from Giancalo Santi, the initial director for Duck You Sucker before stars Rod Steiger and James Coburn demanded Sergio Leone's personal attention (is that really true?). This film features another stirring score from Django composer Luis Bacalov.

Notes: Again, it would appear that this is the longest version available. Wild East released an anamorphic widescreen version of this film which has sadly gone out of print.
----- 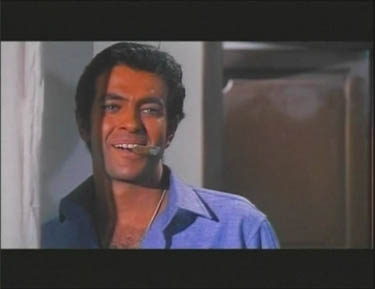 Synopsis: A woman sets her sights upon her husband's fortune and enlists her brother into murdering the man. The man's heir, his nephew, arrives after learning of his uncle's death and he quickly becomes a target of the evil woman.

Review: Upon its 1967 release in the United States, many critics called it "the most violent Italian western ever." But, while it might be conspicuously brutal, it's also very talky and (ultimately) just another variation of the patented spaghetti western revenge theme.

Notes: Triple X Films from Thailand released an anamorphic widescreen DVD which has an English audio track and clocks in at the full runtime of 100 minutes. Wild East also released this movie, but it too has gone out of print and I can find no details on their release. 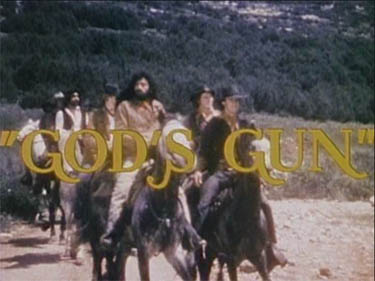 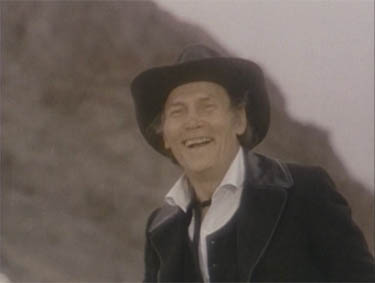 Synopsis: Father John is gunned down in cold blood by Sam Clayton, which allows Clayton and his gang to control Juno City. A young lad witnesses the crime and heads off to Mexico in search of Father John's brother Lewis, a retired gunfighter. Lewis agrees to travel back to Juno City to seek revenge on Clayton for murdering his brother.

Notes: A non-anamorphic disc was released by MGM in the UK, but that version is slightly cut.
----- 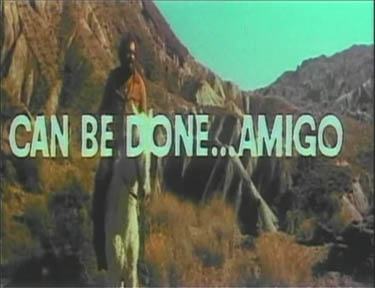 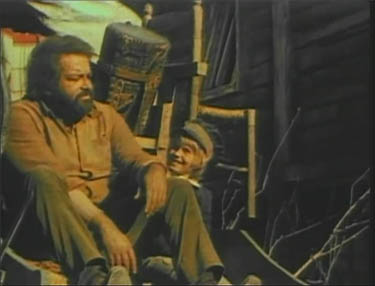 Synopsis: Sonny is one very unhappy gunslinger. Coburn has seduced the gunman's sister and now Sonny is insistent that the young punk marry her to escape the shame and stigma of their behavior. Once the shotgun wedding occurs, Sonny plans to kill the kid. In the meantime, Coburn has taken a little boy, whose uncle was gunned down, under his wing.

Notes: An uncut, anamorphic widescreen disc has been released by Wild East. 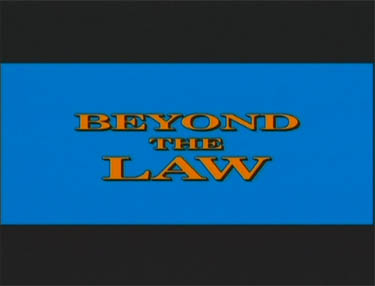 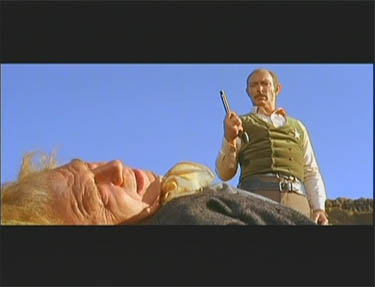 Synopsis: A western town gains a new sheriff with a dark past and a hidden agenda. It turns out the new sheriff is really a former bandit pretending to have reformed his ways. The lawman plans to hijack a cavalry payroll and take the shipment of silver before his former partner can make off with it.

Review: A good cast in a disconcerting film. Disconcerting because it is very discomforting and (initially) annoying to see Lee Van Cleef portray such a wishy-washy character. But that's the very focus of the film, and as such, perhaps a compliment to Van Cleef's (critically disregarded) acting ability. The film was co-written by future director Fernando Di Leo.

Notes: Again, this appears to be the longest version available. Wild East did release this one on DVD with an anamorphic print, but it is long out of print.
----- 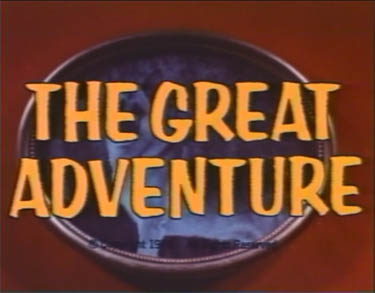 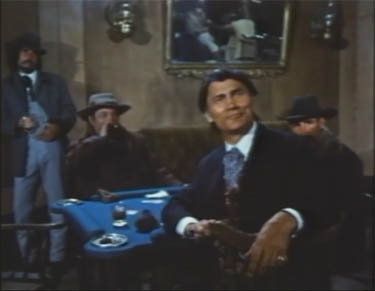 Synopsis: When a young boy is exploring the wilds of Alaska, he is targeted as a sucker by a corrupt town boss. Our hero is threatened by a variety of adversaries including wild wolves, treacherous weather and a sexy dance-hall girl in this tale of survival.

Review: I wouldn't classify this movie as a spaghetti western and neither does Weisser, as this film does not appear in his book. Quite frankly, I really have no desire to watch this one.
Disc Three - Side B
His Name Was King (1971)
Original Title: Lo chiamavano King
Starring: Klaus Kinski, Richard Harrison, Luciano Pigozzi
Directed by: Giancarlo Romitelli
Music by: Luis Bacalov
Original Aspect Ratio: 2.35:1
DVD Aspect Ratio: 1.33:1
Original Runtime: 96 minutes
DVD Runtime: 75 minutes 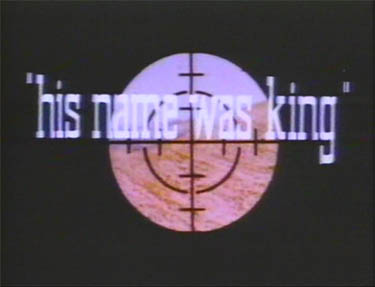 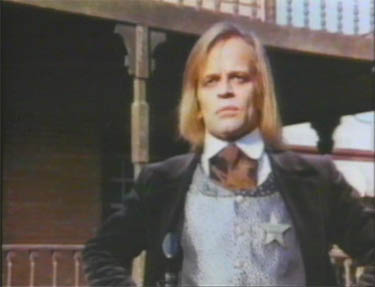 Synopsis: Riding home one day, King discovers his brother murdered and his young wife raped, shattering forever the life he had worked so hard to carve out of the dangerous west. He begins a relentless pursuit of the ruthless gang responsible.

Review: Another variation on the revenge for a slaughtered family theme. Klaus Kinski's participation in this one clocks in at five minutes.

Notes: This release seems to be the longest version available to date. An anamorphic French disc was released by M6 Video in the correct aspect ratio, but it only runs for 73 minutes; it also does not include an English language track or subtitles.
----- 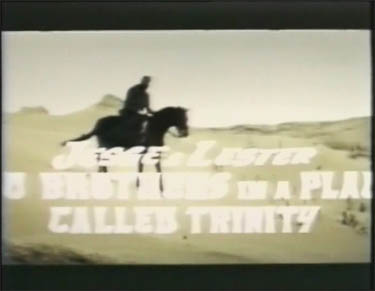 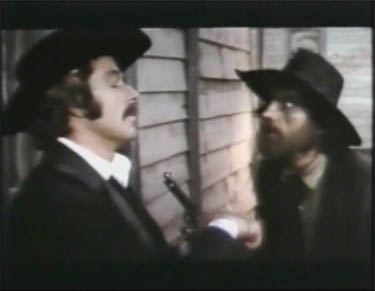 Synopsis: Charming, blithely amoral devil-may-care rogue Jesse Smith and peaceful, devout straight-arrow Mormon Lester O'Hara are estranged half brothers who are reunited after receiving a sizable inheritance from their deceased mother. The wildly contrasting mismatched duo gets into all sorts of trouble while trying to claim said inheritance.

Review: Actually directed by Richard Harrison (under the James London alias). This is an enjoyable comedy western (if you happen to like comedy westerns, of which I do not).

Notes: From what I was able to find, Jesse and Lester has only been released in a few of these budget collections. The print used here appears to be taken from a VHS and suffers from some tracking problems during playback.
-----
The Special Features
Not surprisingly, this set contains no special features.

The Bottom Line
What we have here is a collection of twelve movies, eleven of which are actually spaghetti westerns; and only about three are those dreadful comedies. None of the movies are anamorphic and over half of them are pan & scan. So, is it worth the purchase price? If you don't already have Johnny Yuma, The Grand Duel and Beyond the Law, then I would give this set some thought. The Wild East discs are out of print and command a hefty price on the secondary market. As of this writing, Ten Thousand Ways To Die can be purchased brand new in the Amazon Marketplace for as little as $2.64 plus shipping.